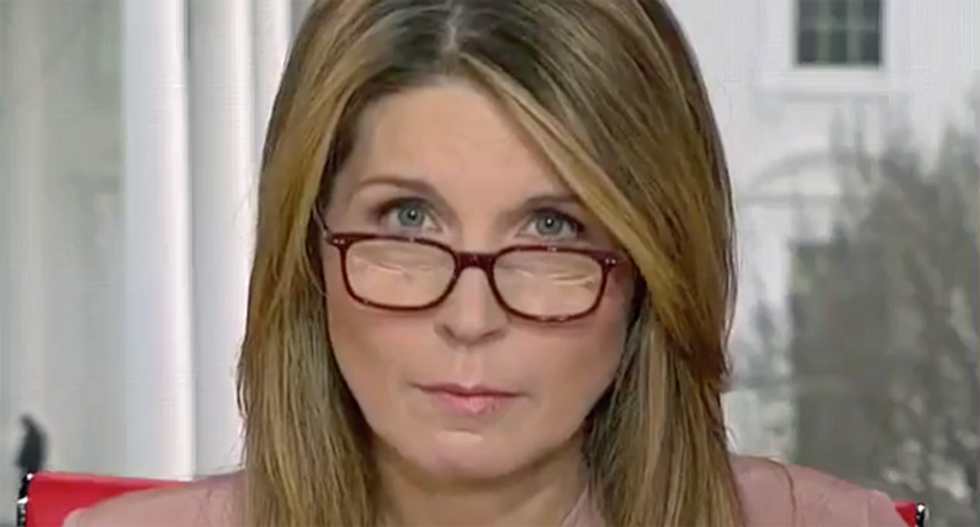 "I was thinking, when I saw that interview with Wolf Blitzer, that I hope he's at the beginning of a giant, lengthy, long, daily, all-day, all-night media tour, because when you see him -- if suburban women are the problem that the Trump campaign has diagnosed, Bill Barr is never, ever, ever going to be the answer," Wallace explained.

"He looks out of step, he looks out of place, he looks out of it, period," she told the panel. "He has either turned out to be less smart than all the people that are afraid of him or were impressed by him at the beginning thought, or more corrupt than even his greatest critics thought he was. That interview went on to contradict the ODNI [Office of the Director of National Intelligence] and we're going to talk about this more in the next hour, but he not only denied the existence of systemic racism. As you said, [he] talked about it as 'a feeling.' I mean, 70 percent of Americans share that feeling. He also denied and contradicted the ODNI on Russia's election meddling and being in a different category of China and Iran, who simply have a preference for Joe Biden over Donald Trump. He sort of went through a whole litany of things where he sounded almost exactly like Donald Trump did in that interview with Laura Ingram, where she had to stop him three times because he was so off the rails."

See her comments below: