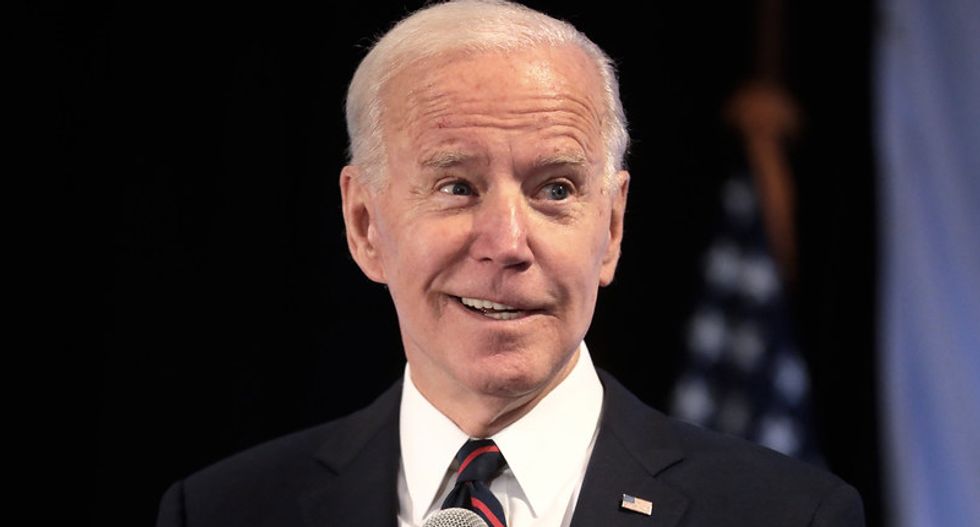 Conservative AM radio station KXEL1540 in Iowa is spreading a fake news report that former Vice President Joe Biden was given the debate questions ahead of Tuesday's face-off. It was a rumor that right-wing commentator Todd Starnes tweeted, but failed to recognize that if the story was true it would mean Fox News was responsible for doing it.

Tuesday morning on Fox began with disgraced former Mayor Rudy Giuliani telling Fox News that Biden has dementia but will overcome it in the debates than Trump because he's taking the ADHD drug Adderall. As a fact-check, Biden's health records don't reflect that, nor does Adderall give the user the answers to debate questions, cure dementia or Alzheimer's, make them smarter, or enhance intelligence. There are no pills that make people smarter and no drug can cure dementia.

These are facts that most Americans seem to inherently understand, but Giuliani and Trump's team has struggled to understand or believe specifics about science, particularly when it relates to the COVID-19 pandemic.

There are also false rumors being spread by Trump's fans that Biden will have an earpiece to deliver him the answers, something he wouldn't need if he had the questions ahead of time or if he had magic drugs that would give him the answers.

The false story from Starnes drew ridicule for his use of a frequently used preface for a lie, "word on the street is." Trump typically employs phrases like "some people say" or "the internet says."

Starnes was ridiculed for making things up again:

@JustSchmeltzer @toddstarnes @JoeBiden @KXEL1540 Word on the street is that @seanhannity got the questions to Trump… https://t.co/FiaNIElBsq
— Susan Anderson (@Susan Anderson)1601403989.0

@toddstarnes @JoeBiden @KXEL1540 you people are so terrified that Trump is going to crap the bed tonight and this is all you've got
— Jeff Tiedrich (@Jeff Tiedrich)1601401344.0

@toddstarnes @JoeBiden @KXEL1540 Anyone who can’t guess tonight’s questions would have to be incredibly ill prepared.
— Jared Lipof (@Jared Lipof)1601403421.0