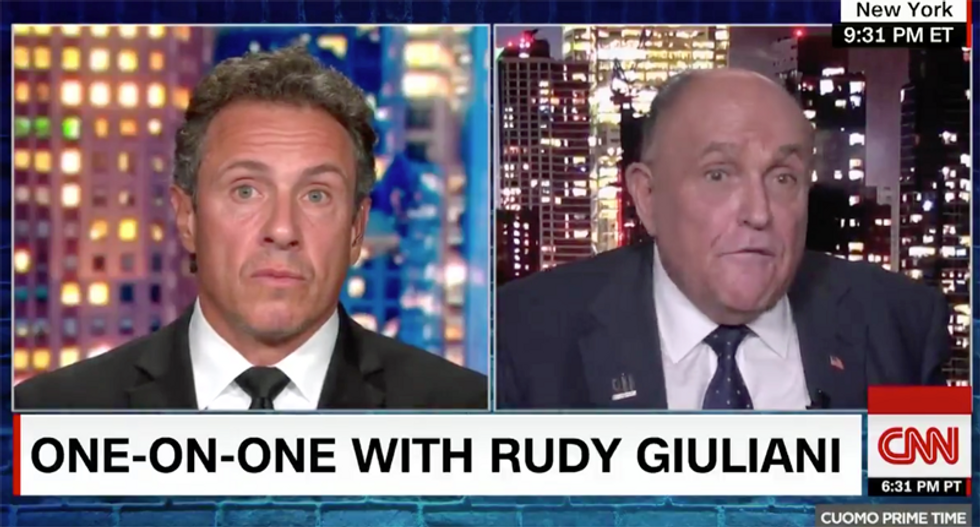 During the interview, Giuliani was asked about his work with Andrii Derkach to dig up dirt on Joe Biden. The Trump administration labeled Derkach a Russian intelligence agent on Thursday.

Giuliani denied that he was digging up dirt on Biden that was being pushed by a Russian spy.

While his comments generated a great deal of commentary, people were also concerned that Trump's defense attorney did not look well. Here's some of what people were saying:

Probably none of us would look our best if we had advanced dementia and knew we could be indicted for crimes agains… https://t.co/W9SvqINrGf
— Khashoggi’s Ghost (@Khashoggi’s Ghost) 1599876049.0