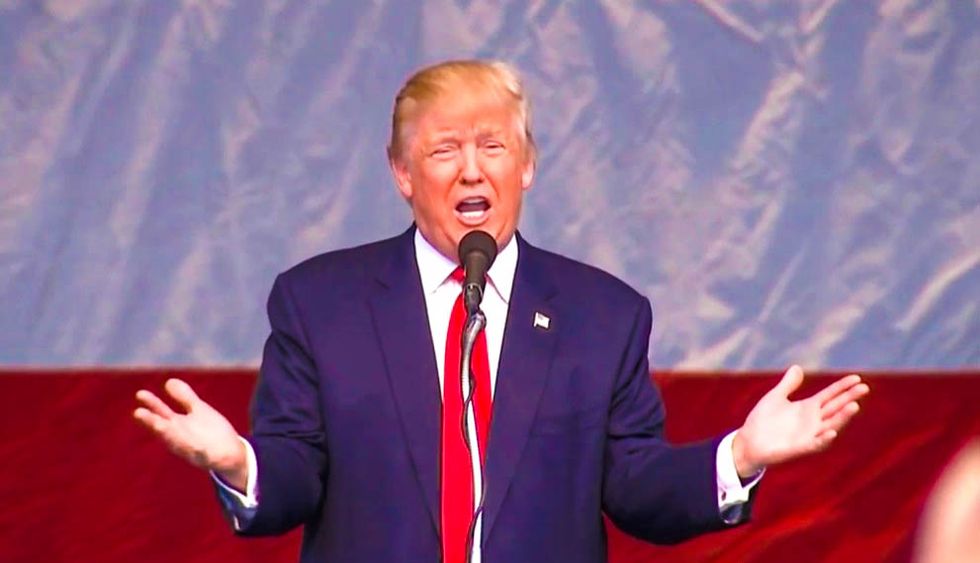 President Donald Trump proudly tweeted out a photo of a yard full of campaign signs to prove that he's overwhelmed with huge amounts of support. In reality, however, the image was from four years ago, the DailyDot caught.

The metaphor couldn't be more obvious as Trump struggles to rebuild the same 2016 coalition he won with after years of failed leadership, broken promises, a dangerous pandemic, and more.

Not only did the photographer fact-check the president, he called him out for using it without giving credit to him or ProPublica.

The site also explained that the president should cite its photographer if he intends to steal their image.

“Mr. President, thanks for taking advantage of @ProPublica’s Creative Commons policy, which lets anyone republish our content for free,” tweeted ProPublica. “However, you should note this photo is not new, but from 2016 and, per our policy, you should’ve credited @AlecMacGillis as photographer.”