'Trump will use every tool to cheat': Dems prepare for Trump refusing to leave the White House 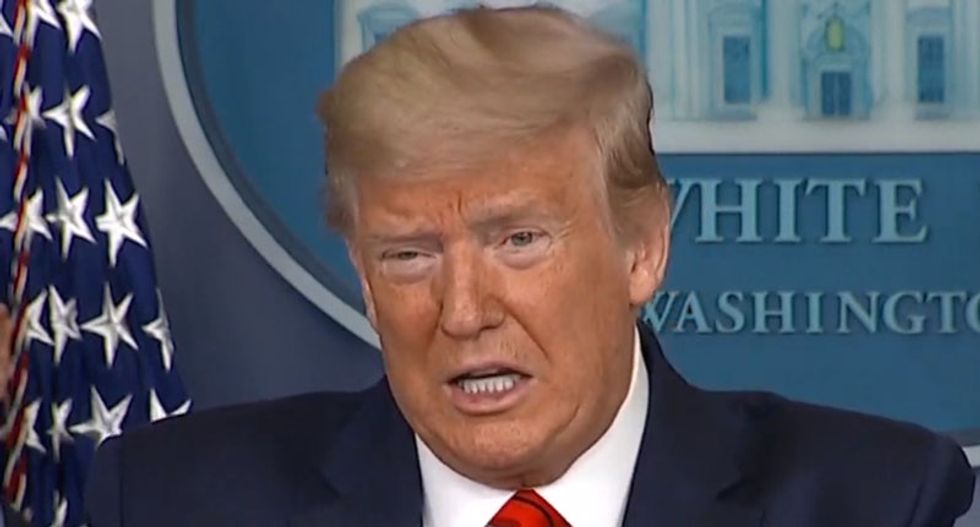 In interviews with Politico, Democratic operatives and politicians say they are preparing legal and political strategies to stop the president from trying to steal the 2020 election even if vote counts show that he's been decisively defeated.

"I’ve been spending the last six weeks gaming out all the crazy things this man could do," one Democratic strategist tells Politico.

One Democratic House member similarly tells Politico that the party now fears that the election will be close enough that Trump will be able to claim he lost due to "voter fraud" and will do everything he can to cling to power.

"There’s a real fear that this could be a toss-up in a way that Trump will use every tool to cheat," they said.

And Rep. Ro Khanna (D-CA) told Politico that he's worried the party isn't doing nearly enough to prepare for the dirty tricks the president may pull.

“I think this has to be the highest priority,” he said. “We need a framework. We need a plan from the Speaker and Senate leaders about how this election is going to proceed. Everyone sees the train wreck coming.”’