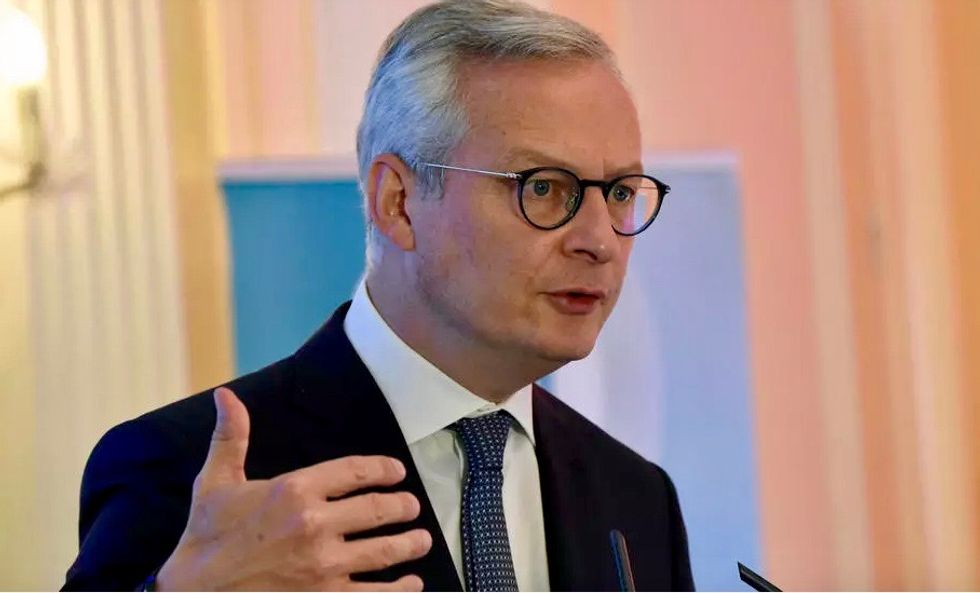 France accused the United States on Wednesday of seeking to undermine international talks to update cross-border taxation for the digital age and urged Europe to prepare an EU tax if the negotiations fail.

Nearly 140 countries are negotiating the first major rewrite of international tax rules in a generation to account for the rise of big digital companies like Google and Amazon.

With a blueprint for a deal due from the Organisation for Economic Cooperation and Development (OECD) next month, the aim of reaching an agreement by a year-end deadline is looking increasingly challenging.

Washington called for a pause in the talks earlier this year after suggesting any deal should include a voluntary opt-in mechanism for U.S. companies and raising qualms about the scope of the tax.

"It's very clear, the United States don't want a digital tax (deal) at the OECD. So they are making obstacles that prevent us from reaching an agreement even though the technical work is done," French Finance Minister Bruno Le Maire told journalists.

The rise of big digital service companies has riled finance ministers around the globe because such firms are often able to earn big revenues in their countries while booking the profits in lower tax countries such as Ireland.

In the absence of a global deal, some European countries have followed France in creating their own national digital services tax, which in France's case has made it the target of U.S. threats of retaliatory tariffs.

Undaunted, Le Maire renewed a call for EU countries to go ahead with a bloc-wide tax if there's no international agreement.

"If the U.S. blockage is confirmed by year end, we are counting on the European Union to make a formal proposal to tax digital activities in the first quarter of 2021," he said.

He added he had full confidence that Irish Finance Minister Paschal Donohue would live up to a promise to support such a tax, even though Dublin has shot down previous attempts at the EU level.