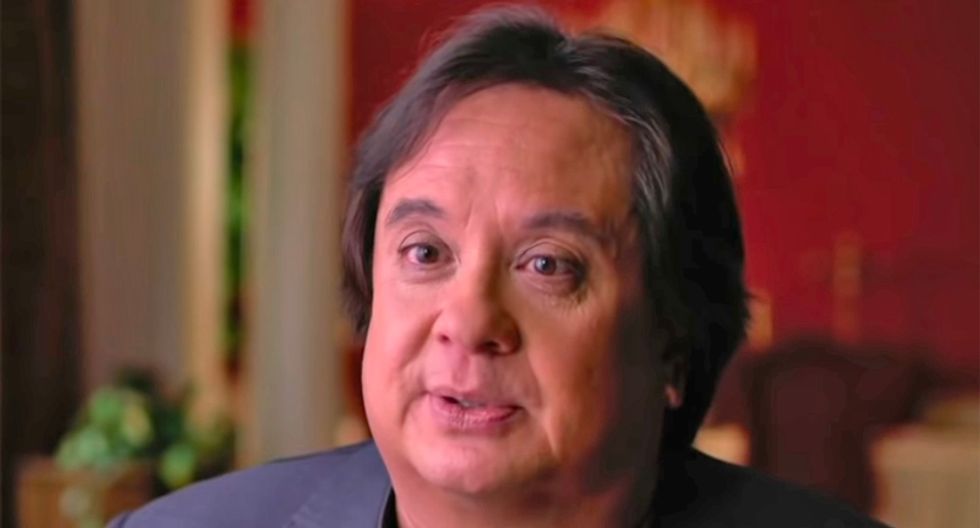 In a clip that was not included in the upcoming documentary #UNFIT that explores Donald Trump's mental instability as evidenced by his actions since he became president, George Conway, husband of White House senior adviser Kellyanne Conway, reads from the Diagnostic and Statistical Manual of Mental Disorders to explain what is wrong with his wife's boss.

As the film’s director Dan Partland explained to The Daily Beast's Marlow Stern, "The important thing to recognize about behavioral disorders is that they can be diagnosed through observation alone. There is no need to probe the depths of someone’s soul to determine if they meet the criteria for a behavioral disorder. The DSM is written in plain English and can be easily understood by lay-people.”

With that, Conway can be seen in the clip listing off the nine indicators of the personality disorder while giving examples of Trump's actions that match up.

“I have here the DSM-5,” explains Conway holding up an iPad and reading, “A pervasive pattern of grandiosity and fantasy or behavior, need for admiration, and lack of empathy as indicated by five or more of the following.”

After ticking off multiple indicators, Conway points out it was "nine for nine" that obviously apply to the president.