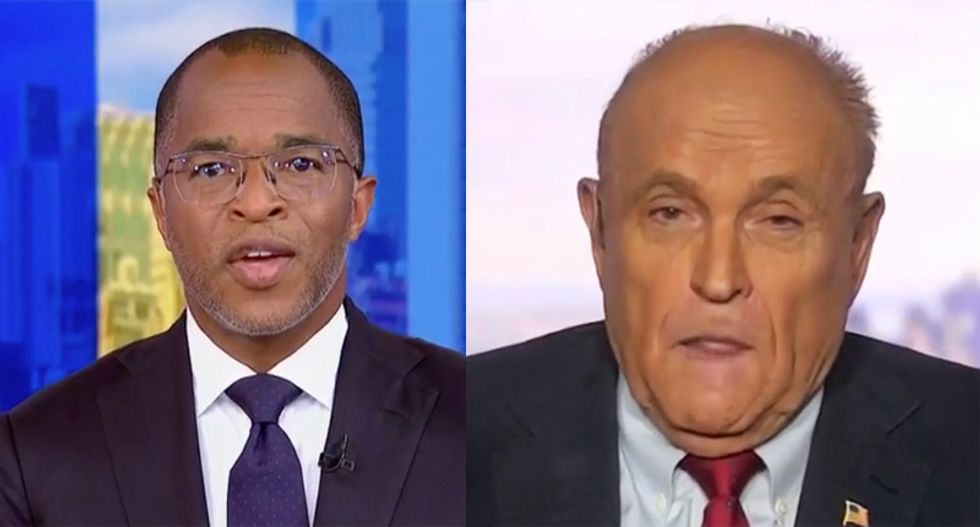 An MSNBC interview with former New York City Mayor Rudy Giuliani on Saturday morning spun into chaos at multiple times as "AM Joy" guest host Jonathan Capehart attempted to get a straight answer out of Donald Trump's legal advisor about his meetings with a Russian spy.

Confronted by the MSNBC host over a Treasury Department report that sanctioned ex-Ukrainian politician Andrii Derkach for being “an active Russian agent” pushing “false and unsubstantiated” corruption claims about former Vice President Joe Biden in a bid to influence November’s election, Giuliani continually talked over Capehart when trying to dismiss the report and started making wild accusations which forced Capehart to cut him short.

In one exchange, the two sniped back and forth at each other with an exasperated Capehart telling the former mayor, "Answer the question."

"I did not know he was a Russian agent," Giuliani stated.

"Don't yell at me, Jonathan," the ex-mayor shot back. "That isn't dignified. pretend to give fair coverage -- pretend. I know you won't cover the obstruction of justice by the 12 Mueller prosecutors who wiped their phones clean."

"It's not irrelevant because you have had dealings with him, you met with him three times last year," Capehart replied.

"You see the loaded words you use? I haven't had dealings with him," Giuliani protested.

"You just said you interviewed him -- that's dealing," the MSNBC host lectured.