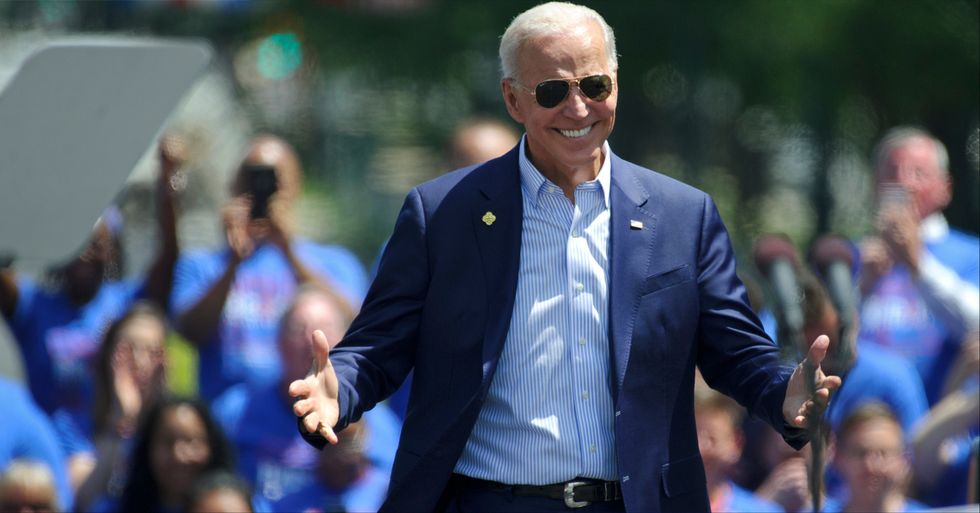 "A group supporting the Joe Biden presidential campaign released a second list Tuesday of 291 former generals, admirals, senior enlisted and national security officials backing the former vice president, for a total of 780 in the battle of endorsements with the Trump campaign," reported Richard Sisk. "The new list includes the names of 81 retired military leaders, bringing the total number of former senior military members backing Biden to 284. That tops the list of 235 former military leaders backing President Donald Trump, which was put out by the Trump campaign last month."

"The latest list of Biden supporters includes former Pennsylvania Gov. Tom Ridge, the first secretary of the Department of Homeland Security and an Army Vietnam veteran, and retired Army Lt. Col. Alfred 'Doc' Rascon, a Medal of Honor recipient," said the report. Ridge publicly came out in support of Biden weeks ago and has been harshly critical of how Trump has used the powers of DHS.

Members of the military have historically been a Republican-friendly voting group. However, one recent poll from Military Times found that these voters now narrowly back Biden. The president stirred controversy recently following reports that he dismissed fallen World War II soldiers as "losers" and "suckers."