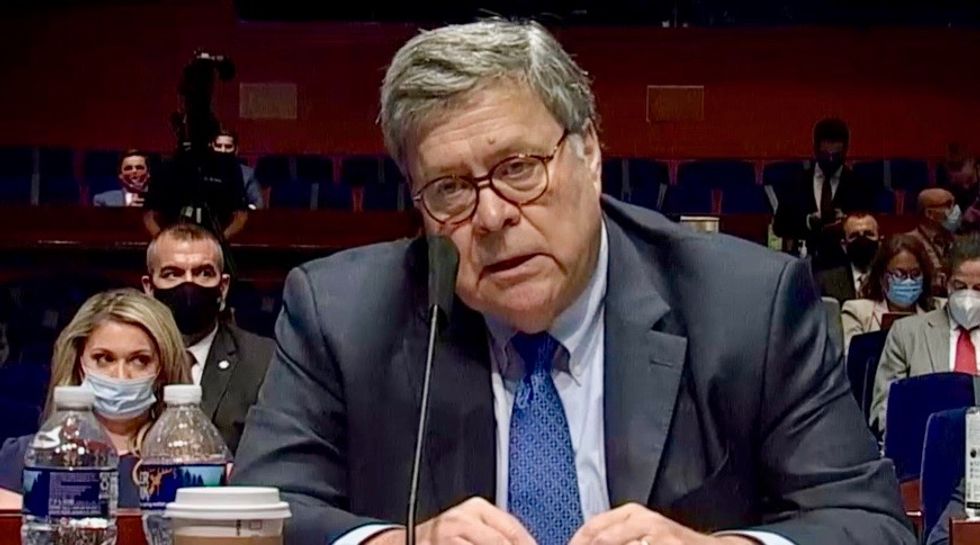 Attorney General William Barr insisted in July that he was unaware of violent threats against Michigan Gov. Gretchen Whitmer, even as the FBI was working to investigate a kidnapping plot against her.

The FBI broke up what agents described as a violent plot to kidnap Whitmer and put her on "trial" for treason ahead of the Nov. 3 election, which the bureau had been investigating since spring, reported The Detroit News.

"Several members talked about murdering 'tyrants' or 'taking' a sitting governor," an FBI agent wrote in an affidavit. "The group decided they needed to increase their numbers and encouraged each other to talk to their neighbors and spread their message."

Two of the suspects charged Thursday gathered in June with 13 other individuals from various states in Dublin, Ohio, for a meeting that was recorded by a paid FBI informant.

“The group talked about creating a society that followed the U.S. Bill of Rights and where they could be self-sufficient,” the FBI agent wrote. “They discussed different ways of achieving this goal from peaceful endeavors to violent actions. At one point, several members talked about state governments they believed were violating the U.S. Constitution, including the government of Michigan and Governor Gretchen Whitmer."

At the end of July, the attorney general testified before the U.S. House Judiciary Committee, where he was pressed by Rep. Pramila Jayapal (D-WA) about the threats against Whitmer.

"Tyrants get the rope," read one sign carried at an April 30 demonstration.

.@RepJayapal: "Are you aware that these protesters called for the governor to be lynched, shot, and beheaded?" Barr… https://t.co/KZL016EyFM
— ContextFall (@ContextFall)1602172545.0

Jayapal pointed out that Trump and Barr had taken an "aggressive approach" against Black Lives Matter protesters but hadn't cracked down on armed protests by "right-wing extremists threatening to lynch a governor."

"Are you aware that these protesters called for the governor to be lynched, shot and beheaded?” Jayapal asked Barr at the July 28 hearing.

Barr insisted he had not, although the Michigan demonstrations made national news and are blamed for some states reopening businesses before the recommendations of public health officials.

"There are a lot of protests around the U.S.," Barr said.