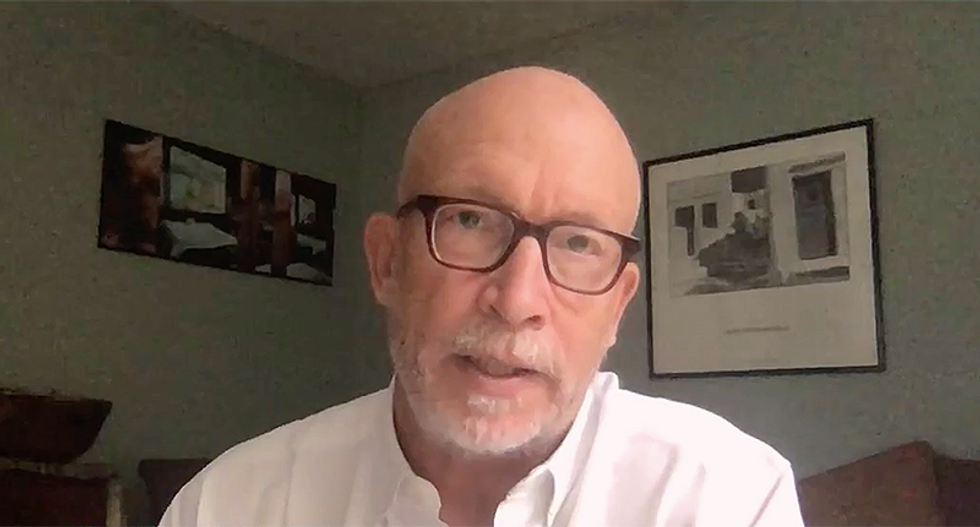 In an interview with "The View" on Monday, documentary filmmaker Alex Gibney explained that when he was working on "Totally Under Control," the story of the COVID-19 outbreak, he had government scientists who were too afraid to speak to him because they thought President Donald Trump's administration was monitoring their phone calls and emails.

Co-host Joy Behar noted that the documentary is flooded with scientists and medical professionals talking about the virus, but none were existing Trump administration officials or experts.

Behar wondered what they feared would happen.

"They would be fired or publicly humiliated," he explained. "There was tremendous pressure for scientists to be able to steer scientific fact in a political direction for the benefit of the Trump administration and installed Michael Caputo, who we have spoken to, whose job it was to make sure nobody from the CDC spoke out in any way by telling the truth in any way that would offend or steer against what the Trump administration was trying to put out as a matter of propaganda."

Co-host Sunny Hostin asked Dr. Rick Bright about his similar comments that former colleagues were being pressured by the Trump administration.

"If this is true, then can we trust even what Dr. Fauci is saying or the guidelines that the CDC is putting out?" she asked.

"We need to hear directly from the scientists at the CDC, at the FDA and at the NIH," said Dr. Bright. "If the message from those career scientists is getting filtered and manipulated or overruled or rewritten by politicians or the White House, we can't trust that information. We need to give them the ability to speak up and tell the truth. We need to listen to the career scientists underneath the CDC. Dr. Fauci's words are even being manipulated and changed and misconstrued. Even with strong leaders, we have with Dr. Fauci and others, it's still very difficult to get the truth out of this administration."

The documentary, "Totally Under Control," is out Tuesday, Oct. 13.