‘Everything is projection’: Morning Joe busts Trump’s hypocrisy on China 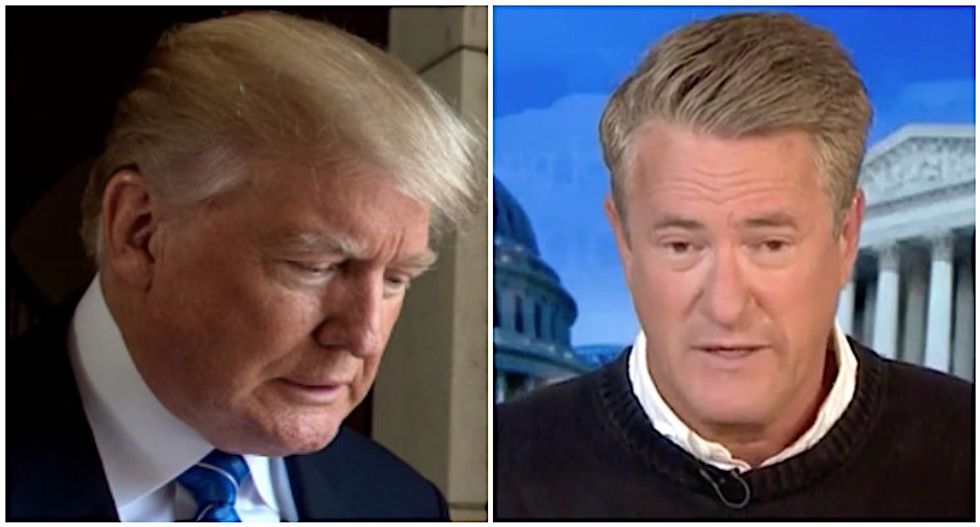 The president has been hyping claims about Joe Biden and his son doing business there, and even publicly asked China to investigate the pair for alleged corruption, but a "Morning Joe" panel discussed new reports about Trump's oversees financial dealings.

"It's funny because, as the president and congressional Republicans try to paint Joe Biden as soft on China, influenced, they say, by his son Hunter's alleged financial connections to the country, the latest installment on the president's taxes says the president has his own financial ties to the Chinese state," said co-host Mika Brzezinski.

The New York Times reported that Trump International Hotels Management LLC controls a Chinese bank account that paid $188,561 in taxes to China while pursuing licensing deals there between 2013 and 2015.

"Everything that Donald Trump says is either projection or confession," said host Joe Scarborough. "Of course, you look at those licensing deals, you look at Donald Trump suggesting that Joe Biden's children profited from a relationship with China, whether, of course, we heard stories of his own children, of Ivanka getting licensing deals in China during pivotal moments in the Trump-Xi relationship, and, of course, there's just a long, long list of Donald Trump even in 2020, list of quotes of Donald Trump praising President Xi [Jinping]. That relationship [is] far closer than the president wants to admit right now."