'I'm not a disease!' Trump-loving GOP candidate throws tantrum after refusing to wear a mask to vote 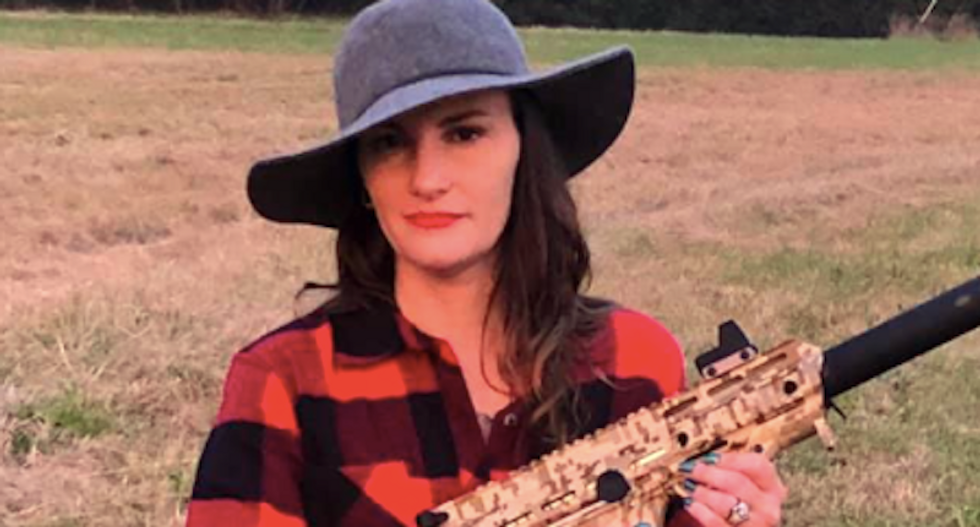 A South Carolina poll worker cleared a voting location because a Republican candidate refused to wear a mask to cast her ballot, and now she's claiming he "bullied" her.

The Chester County election worker allowed statehouse candidate Jennifer Brecheisen and her husband to vote on Monday, but he cleared the building for public health reasons until they put on masks or left, reported The Post and Courier.

“That was rude to me,” Brecheisen tells Moore, in a video she later posted on her Facebook page. “You cleared out the whole building like I’m some sort of disease. I’m not a disease.”

Earl Moore, the 69-year-old poll worker, explained that he was trying to protect other voters from possible coronavirus infection when he emptied the room at the Chester County Elections Commission until Brecheisen and her husband had cast their ballots and gone back outside.

“We’re in a closed room with a lot of people in it, and I’ve got somebody refusing to wear a mask,” said Moore, who is Black. “Why should I take the risk of her infecting other people?”

Republican Gov. Henry McMaster issued an executive order that says South Carolina voters won't be required to wear masks to cast ballots, but Moore -- who retired as executive director of his county's election commission in 2014 but returned as a poll worker -- did not violate the governor's order.

“I’m not keeping you from voting, ma’am,” Moore told Brecheisen. “But I’m not going to stand here and argue with you either.”

Brecheisen, a 38-year-old wedding photographer and outspoken supporter of President Donald Trump, is trying to unseat Democratic state Rep. Annie McDaniel, of Winnsboro, in a district that Democrats have lost by more than 50 points in recent contested races.

"He approached me, walked past me, then told all other Voters in that room and the foyer room they had to leave because I was infecting them," Brecheisen later posted on Facebook. "Upon exiting [I] felt threatened he was going to spray me with disinfectant. Luckily he waited until I left, but he kept that can pointed at me as if I were a virus myself. I am running for office, and this is exactly why! I should not be branded as a second class, dirty citizen infecting others because I won’t wear a mask."