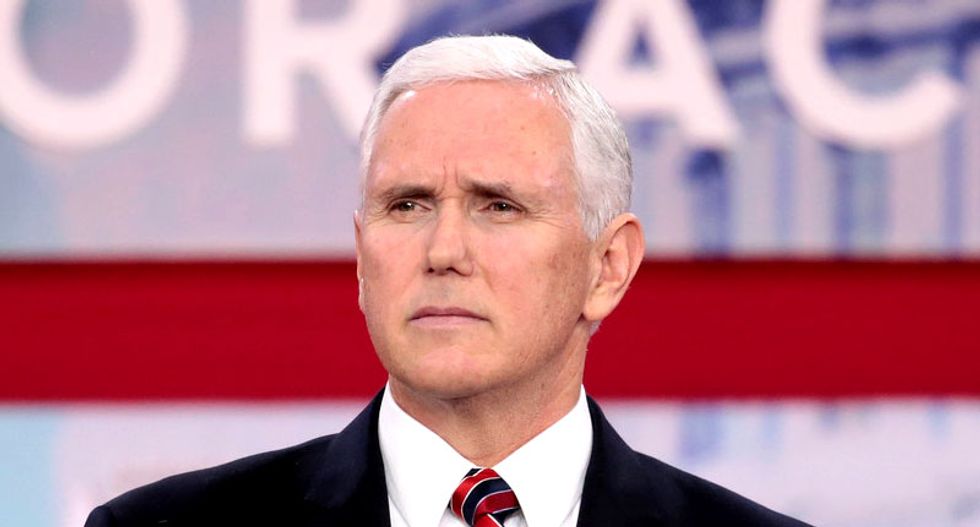 Appearing on CNN's "New Day" on Sunday morning, a fuming presidential historian told host Victor Blackwell that Vice President Mike Pence was putting the country in danger by going out and campaigning while Donald Trump is hospitalized with COVID-19 which has killed over 210,000 Americans.

According to Tim Naftali, the VP is being "highly irresponsible."

"Mike Pence, the vice president, while the president is in the hospital and will be for days, is going to continue on with campaigning," host Blackwell prompted. "On Thursday he will be in front of a non-socially distant crowd. He is also the chair of the White House Coronavirus Task Force ... what's your view on how the White House is handling their use of the vice president, at least over the next several days?"

"Under the 25th amendment of the Constitution, should -- and we don't want this to happen, of course. -- should the president become disabled, unable to fulfill his duties, it is the vice president to whom the powers of the presidency would pass," Naftali replied. "It is highly irresponsible that at this point, at this moment, with the president in the hospital, with a pandemic swirling around this country and having already attacked the White House for the vice president to take any risks at all."

"I'm not suggesting what he should do, but it seems to me that at the very least, he should not only follow protocols, but he should encourage the protocols that the CDC has set out for this country," he continued. "In addition, I think it is highly irresponsible that the vice presidential debate should have an audience at all. I do not understand why anyone needs to be in the hall other than the two candidates and the moderator. Indeed, at this moment, it would be more responsible for this debate to be virtual. I do not understand why we should be taking any risk at all with the health of the vice president."

Pence was also hammered by presidential historian Michael Beschloss for appearing to be afraid of assuming power from Trump should he become incapacitated.