'Is Trump trying to lose?' Political scientist baffled by everything the president has done in the last week 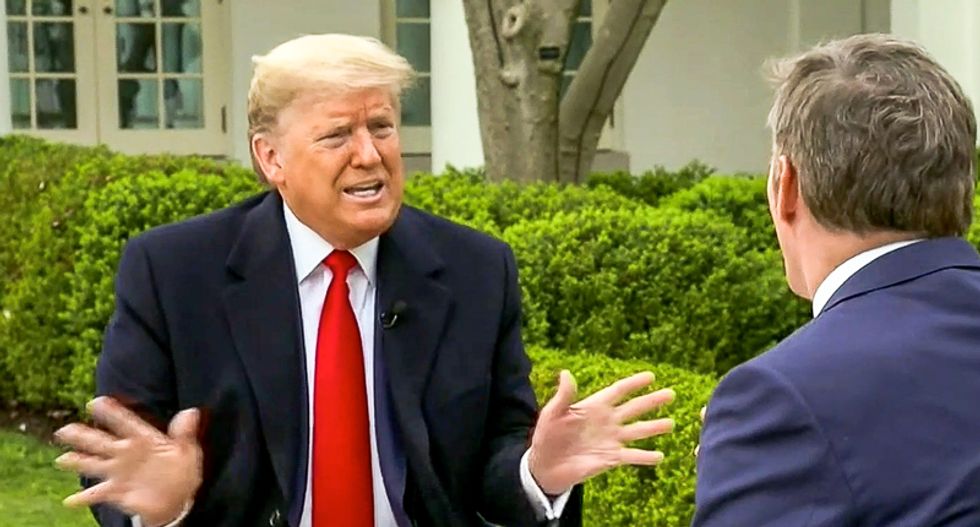 President Donald Trump in just the last week has delivered a widely panned debate performance, gotten himself infected with the novel coronavirus, and has unilaterally cut off talks to provide economic relief to struggling Americans.

Daniel Drezner, a professor of international politics at the Fletcher School of Law and Diplomacy at Tufts University, writes in the Washington Post that Trump's actions have been so damaging to his own election prospects that you'd be forgiven for thinking he's intentionally trying to lose.

"[One] hypothesis is that Trump does not want to win reelection," he writes. "Axios’s Alayna Treene and Zachary Basu quoted one Trump campaign adviser saying: 'You have to try to be this politically inept. What is going on in the White House?'"

However, given Trump's deep-seated fear of humiliation, he doubts that the president would intentionally try to throw the election.

On the other hand, he does give more credence to the idea that Senate Majority Leader Mitch McConnell (R-KY) has already accepted that Trump will lose and is simply trying to make things as bad as possible for Democratic presidential nominee Joe Biden when he takes over in January.

"Any fiscal stimulus passed now will help the president the most in 2021," he writes. "If Trump and McConnell know that Biden will be the president then, they have less of an incentive to attempt to rescue the U.S. economy. Instead, polarization has left them with one overarching lesson: If they know they are on the way out, best to salt the earth."

Drezner concludes that he's "not completely convinced that this is the best explanation," but adds that "it says something that I cannot dismiss it out of hand, either."