Lara Trump defends president's attacks on Michigan's Whitmer: 'He was having fun' 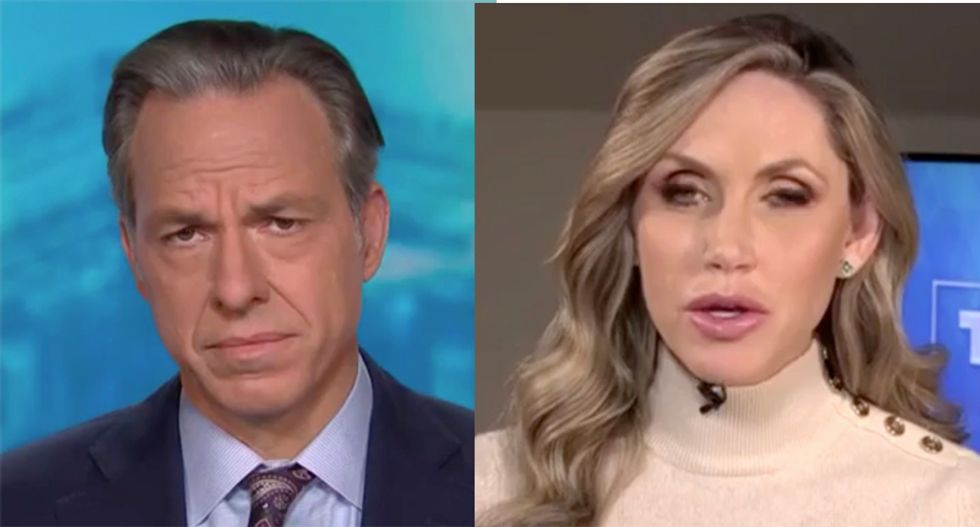 At the start of what turned into a very contentious interview with CNN's Jake Tapper, the daughter-in-law of Donald Trump defended the president's attacks on Michigan Gov. Gretchen Whitmer (D) by saying the president was just "having fun."

Noting that the president on Saturday criticized the Michigan governor at a rally, just a few weeks after she was threatened with kidnapping by domestic terrorists, which in turn led to led to chants of "lock her up," the "State of the Union" host asked Lara Trump if the president should tone down his violent rhetoric.

With the wife of Eric Trump complaining about threats against her family, saying, "I would like to show people my social media and the threats against me and my children," the CNN host said he didn't condone attacks on anyone and pressed her to address the president's remarks.

"Well, look. he wasn't doing anything, I don't think, to provoke people to threaten this woman at all," she replied. "He was having fun at a Trump rally. Quite frankly, there are bigger issues than this right now for everyday Americans and people want to get the country reopened."

There are issues at hand here that are bigger than just keeping everybody locked down, "she added. "So I think people are frustrated and, look, the president was at a rally. It's a fun, light atmosphere. Of course, he wasn't encouraging people to threaten this woman. That is ridiculous."

"I don’t think lock her up is fun,” the CNN host shot back