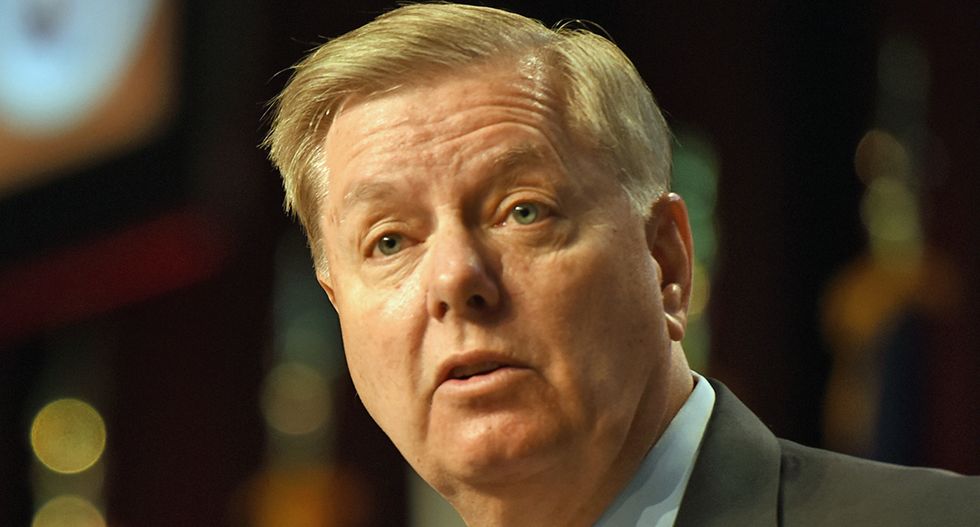 The consensus was the South Carolina Republican appears to be in big trouble.

At the mere mention of Graham's struggles during the debate, host Scarborough began laughing before the 'Morning Joe" producer rolled video clips from the evening that showed Graham under a withering attack.

According to Heilemann, Graham might hang onto his seat but it could be an uphill battle.

"It was pretty one-sided, Joe," the MSNBC political analyst began. "You can see that Jamie Harrison has been chomping at the bit to get into the -- on the debate stage. He has two more debates after this with Lindsey Graham and if the other two go the way this one went, he's in serious trouble."

"It's pretty clear Lindsey Graham is in trouble to begin with," he continued. "A race under any normal circumstances, given the partisan alignments in South Carolina, should not have been this close. It is not only close but Harrison is ahead by most measures and has way more money right now in these closing days, it's become a national race in a lot of ways and you see in that debate and other settings Graham is freaking out over the way he's become, his own race has, become nationalized and he's found himself on the disadvantaged end of the energy and of the money that is in that race in the closing days."

'You know, I wouldn't want to bet a lot of money on the race but I don't think anyone would be surprised if Harrison doesn't win," he added.

"One poll after another shows it being an extremely close race," Scarborough concurred. "People who were influenced by that debate obviously would have broken the Democratic candidate's way."