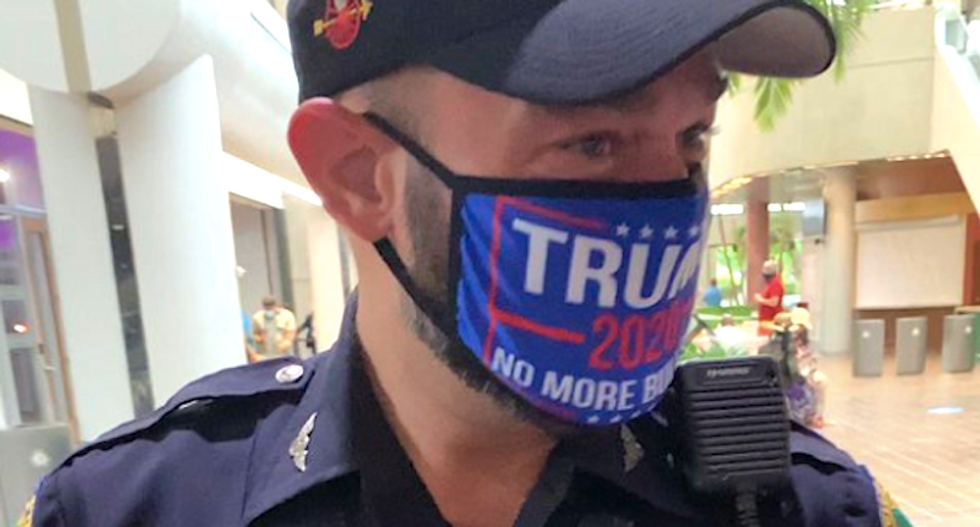 The officer was photographed wearing a Trump mask at a government center that serves as a polling place, and Miami-Dade County Democratic Party chair Steve Simeonidis shared the photo on Twitter and identified the officer as Daniel Ubeda, of Miami police.

"Here is @CityofMiami Police Officer Daniel Ubeda, in full uniform with badge and gun wearing his Trump mask inside of the polling location in government center," Simeonidis tweeted. "This is city funded voter intimidation. Ubeda should be suspended immediately."

We are aware of the photograph being circulated of a Miami Police officer wearing a political mask in uniform. This… https://t.co/Eoko66IMwF
— Miami PD (@Miami PD)1603208783.0

Early voting began Monday in Florida ahead of the Nov. 3 election, and the state shattered its opening-day record with more than 350,000 ballots cast.