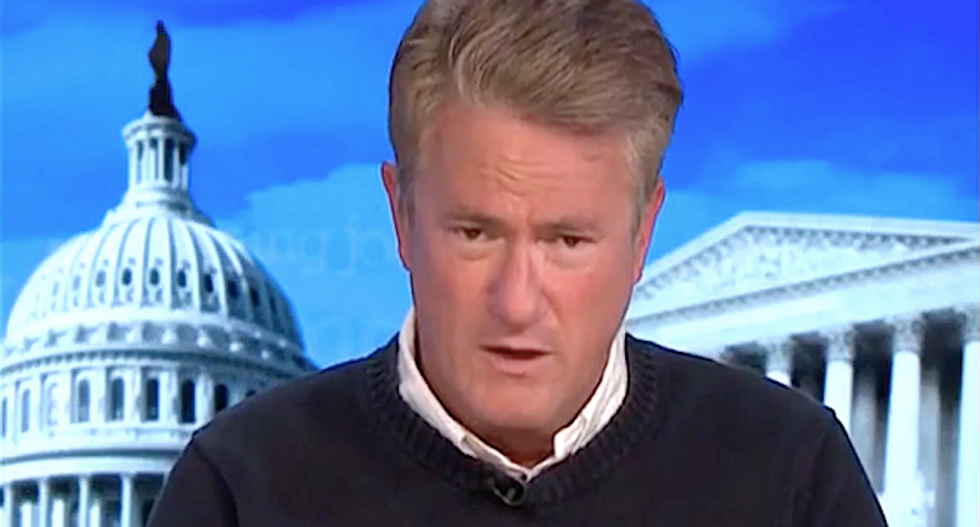 MSNBC's Joe Scarborough ripped an "obviously" dubious report about Joe Biden and his son published by the New York Post.

The right-wing tabloid's own reporters refused to attach their bylines to the story, and the "Morning Joe" host said federal investigators are now examining how Rudy Giuliani obtained the data from Hunter Biden's computer.

"That's where we are in 2020, just to let you know," he said. "They're still talking, the Russians and, by the way, Russian hoax, come on. History will expose you all as fools and useful idiots for the Russians. For four years now, for four years now, there has been a line from Russian agents in to the campaign. It's unbelievable how stupid you think Americans are, how stupid you think Americans are for, you can say, Russian hoax. Seriously? The idiocy, the sheer idiocy, you are revealed right now, but you will be revealed throughout history for basically running cover for Russians and an ex-KGB agent who said the greatest tragedy of the 20th century was the collapse of the Soviet Union, a regime that, yes, killed 40 million of its own people."