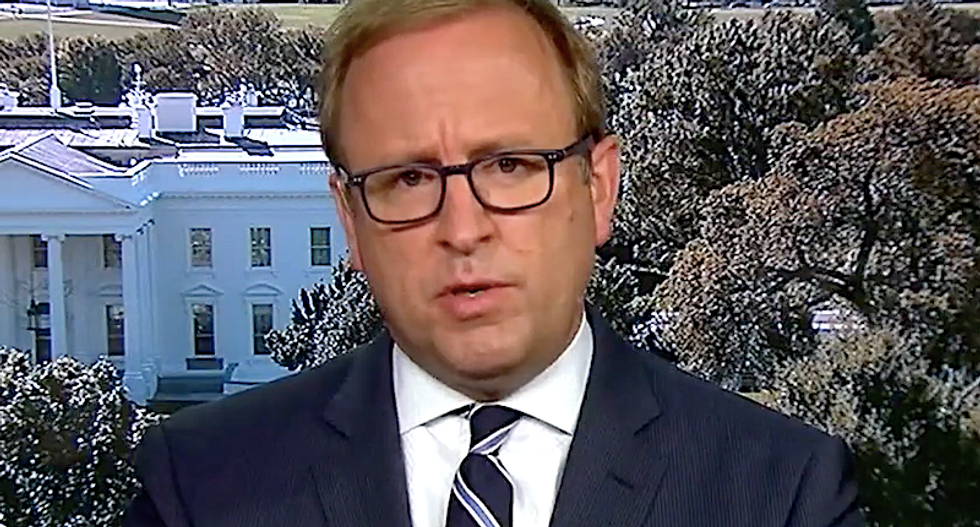 The president announced that he and first lady Melania Trump had tested positive for COVID-19, hours after the White House revealed Hope Hicks had been infected, and Karl said administration officials are trying to pretend things were fine.

"There's a real effort right now to try to portray this as business as usual," he said. "The president is doing fine, and he's going to work while he's in self-isolation, in fact, the chief of staff Mark Meadows, who has spent by the way, a lot of time -- a lot of quality time with the president and with Hope Hicks."

Meadows spoke to reporters Friday morning without wearing a mask, and Karl said he was trying to play down concerns inside the building.

"Even at this moment [he] was talking about the stock market and how great the economy, in his mind is going, and he's in good spirits," Karl said, "but I've got to tell you that the ground truth of this is that the White House and the White House staff are really, really rattled."

The president is also sick, although Meadows and other officials insist his symptoms are mild at this point.

"Meadows did acknowledge that the president is experiencing symptoms of coronavirus, not just the positive test, but he has symptoms," Karl said. "He said those are mild symptoms. Of course, there's a real question of exactly what you can believe in terms of how they're characterizing this, but this is something that has the White House rattled, concerned about their health, concerned about the president's health and concerned about when this means for the campaign."