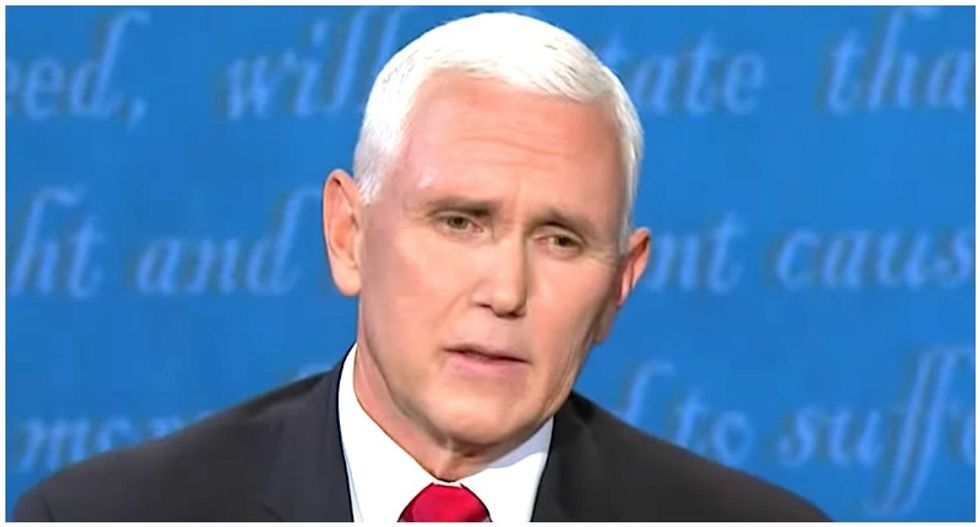 Delving into the battle inside the White House task force overseeing the government's response to the coronavirus pandemic, the Washington Post is reporting that Dr. Deborah Birx has grown fed up with Dr. Scott Atlas who is encouraging Donald Trump to let herd immunity resolve the nation's health crisis that has led to almost 220,000 dead Americans.

The report notes that at some meetings Birx and fellow public health official Dr. Anthony Fauci have been excluded and that Atlas -- a radiologist with no experience in epidemiology -- has been holding sway, including sitting at the head of the table.

According to the report, "Discord on the coronavirus task force has worsened since the arrival in late summer of Atlas, whom colleagues said they regard as ill-informed, manipulative and at times dishonest," while noting that Atlas has dismissed out of hand data provided by Birx while pushing what some members on the task force call "junk science."

The report notes that friction came to a head recently which led Birx to confront task force head Mike Pence and demand he dismiss Atlas for doing damage to the government's work on stemming the spread of COVID-19.

"Birx recently confronted Vice President Pence, who chairs the task force, about the acrimony, according to two people familiar with the meeting. Birx, whose profile and influence has eroded considerably since Atlas’s arrival, told Pence’s office that she does not trust Atlas, does not believe he is giving Trump sound advice and wants him removed from the task force, the two people said," the Post reports, before adding Pence suggested she and Atlas come back with data "bolstering their perspectives to the task force and to work out their disagreements themselves."

The report notes that Pence's mismanagement of the conflict and the continuing presence of the controversial Atlas has resulted in "a U.S. response increasingly plagued by distrust, infighting and lethargy, just as experts predict coronavirus cases could surge this winter and deaths could reach 400,000 by year’s end."