REVEALED: These 5 states pose the greatest threat of right-wing extremist violence around the elections as Trump loses more ground 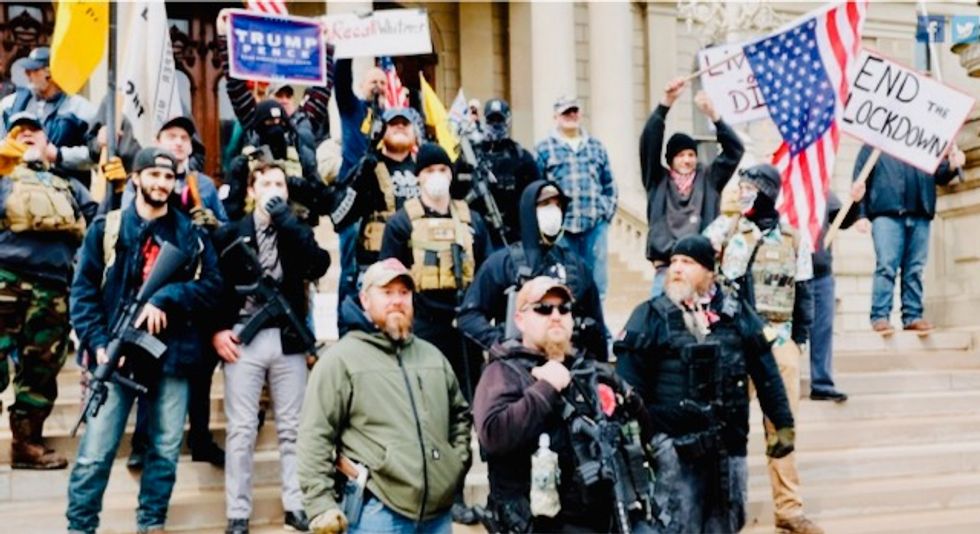 New research finds a high risk of militia activity around the elections in five states.

The research group MilitiaWatch and crisis-mapping project ACLED are warning of the potential for demonstrations or even violence in Georgia, Michigan, Oregon, Pennsylvania and Wisconsin, reported NPR.

The researchers looked at states where militia groups have held recruitment drives and training exercises, and where they've cultivated relationships with law enforcement and engaged in substantial protests against anti-coronavirus measures.

The potential for election-related violence has grown this year, researchers say, and online chatter has grown more frequent and threats have become more specific -- such as the alleged plot to kidnap and possibly murder Michigan's Gov. Gretchen Whitmer.

"In the conversations that I observe, the heat is higher," said Megan Squire, a computer science professor at Elon University who studies right-wing extremists online. "The vitriol is greater."

Online extremism has grown harder to track after social media giants Facebook and Twitter have cracked down on their activities, but militia-style groups have turned to other networks to organize action if President Donald Trump loses what they believe -- and he says -- is a rigged election.

"There's circulation of rumors of left-wing intervention at the polls or in the election, which has led to individuals and militia groups discussing primarily showing up armed at the polls, like to see if there's anything suspicious or what they deem suspicious," said Hampton Stall, MilitiaWatch founder.