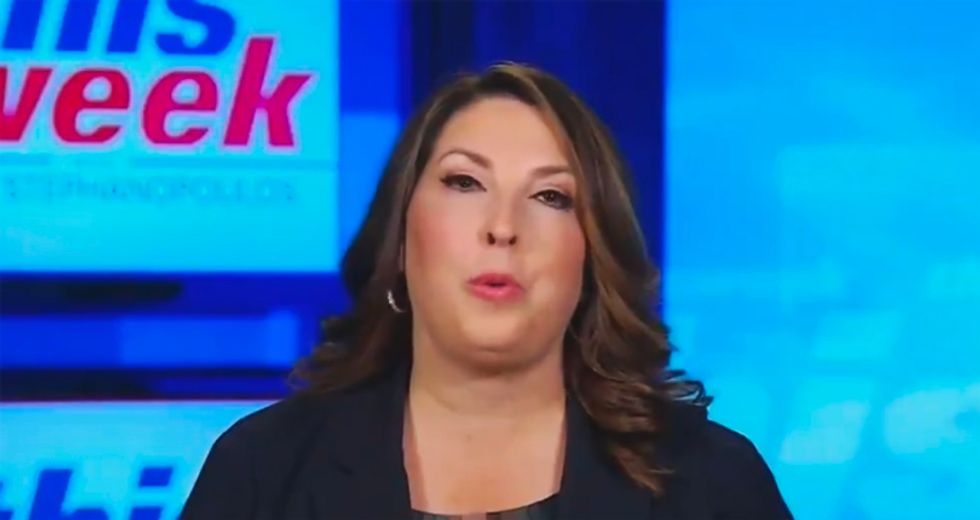 Appearing on ABC's "This Week," Republican National Committee head Ronna Romney McDaniel deflected questions about Donald Trump encouraging his followers to chant "Lock her up" in reference to Michigan Governor Gretchen Whitmer (D) by complaining her kids are being kept out of school because of the governor's COVID-19 shutdown.

Speaking with host George Stephanopoulos, Michigan resident Romney McDaniel was pressed about the president's comments about the Democratic governor who was at the center of a plot by domestic terrorists to kidnap her and put on trial over her COVID-19 edicts.

"Should the president talking like that when she is facing threats like this," the ABC host asked.

“First of all, the president and his FBI foiled this plot,” she shot back. “I think Governor Whitmer is really inappropriate to try to lay blame at the president. These were sick individuals, there was no political affiliation.”

"But he’s saying lock them all up,” Stephanopoulos reminded her.

“Because of her locking down our state,” McDaniel explained. “Let’s not take the rhetoric further. Let’s not continue to extrapolate things that were not being said.”

"My kids aren't in school," she complained. "She has locked us down. Open it up."