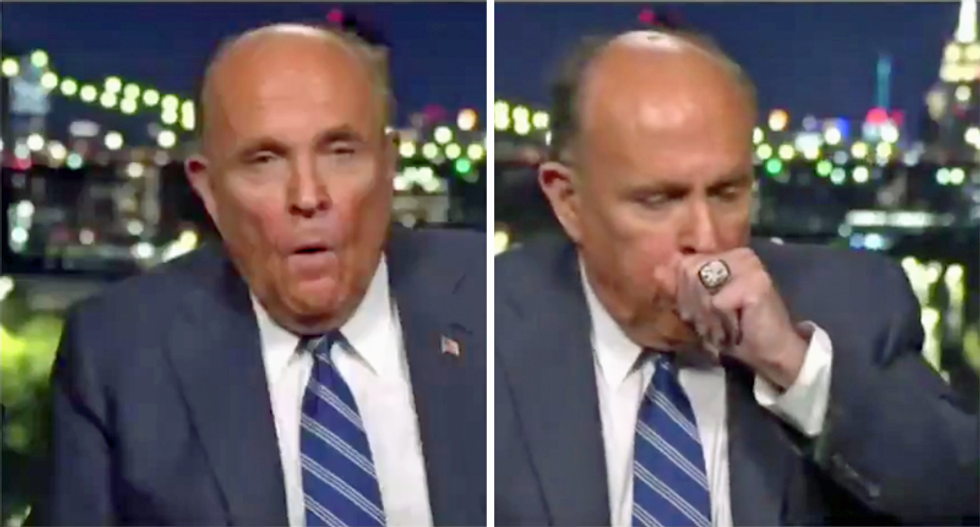 Giuliani was a member of Trump's debate prep team which is drawing scrutiny as a potential event that spread COVID-19 through the top echelons of GOP politics.

Giuliani coughed during the segment.