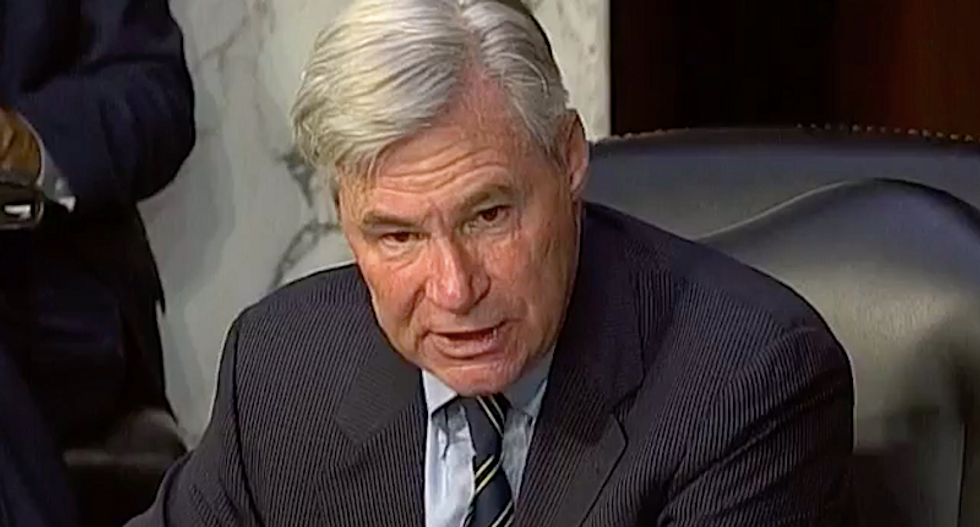 The Rhode Island Democrat ripped the "irresponsible" decision to rush Amy Coney Barrett's nomination before the election, although Sen. Mike Lee (R-UT) has tested positive for the virus and Graham, the nominee and others in the committee room have been exposed to President Donald Trump and other top Republicans who caught the illness.

"This hearing itself is a microcosm of Trump's dangerous ineptitude in dealing with the COVID pandemic," Whitehouse said. "Trump can't even keep the White House safe. Here it's the chairman's job to see to the committee's safety, and though his words were reassuring, I don't know who has been tested, who should be tested, who is a danger, what contact tracing has been done on infected and exposed senators and staff. Nothing."

"The whole thing, just like Trump, is an irresponsible botch," he added.

Whitehouse noted that Barrett's nomination would endanger health care for millions of Americans as COVID-19 continues to spread and kill.

"The irony is that this slapdash hearing targets the Affordable Care Act," he said. "This Supreme Court nominee has signaled in the judicial equivalent of all caps that she believes the Affordable Care Act must go, and that the president precedent protecting the ACA doesn't matter. The big secretive influences behind this rush see this nominee as a judicial torpedo they are firing at the ACA, so I hope Republicans consider what's at stake for the many people who depend right now in this pandemic on ACA health coverage."

"Rhode Islanders are contacting me by the thousands asking me to say no to this nominee, mostly because they too see her as a judicial torpedo aimed at their essential protections," Whitehouse added, "and my constituents want you, my colleagues, members of the Republican Party, to stand up for once to Mitch McConnell and to the big donors who are driving this process, and for the sake of regular people say, 'Stop.'"