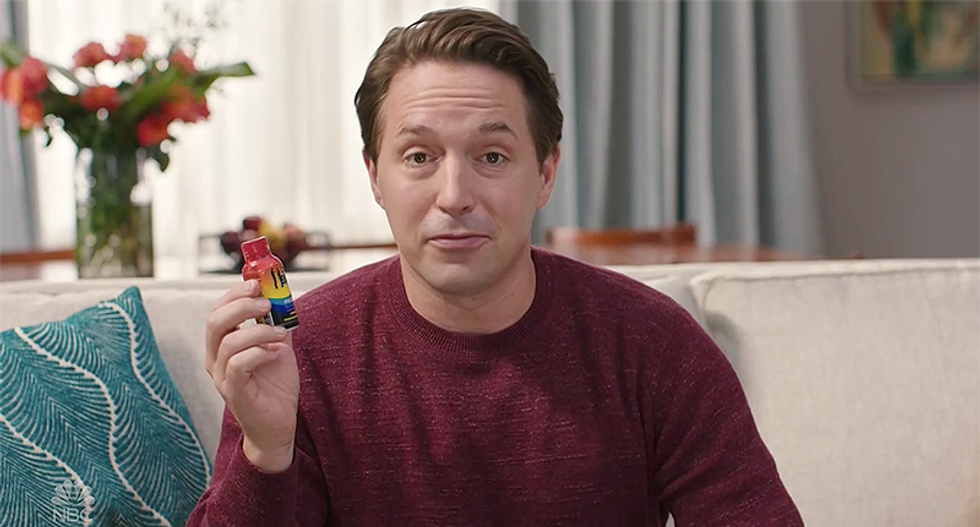 From the creators of "5-Hour Energy" comes "5-Hour Empathy," a special tincture that will help white Americans understand centuries of systemic racism experienced by people of color.

The hilarious fake commercial on "Saturday Night Life" this week perfectly captured the moment a man was faced with the option to truly understand the pain, anxiety and fear millions face every day.

"How can I help when I don't even understand what some people in this country go through every day?" the white guy asked. "I wish there were an easier way."

That's when he was given the option to know and understand it all.

"Wow. All that in one little bottle?" the white guy asked.

"Yeah. The stuff I just told you about," the announcer said.

Ultimately the white guy decided to jump out of the window instead of drinking "5-Hour Empathy."