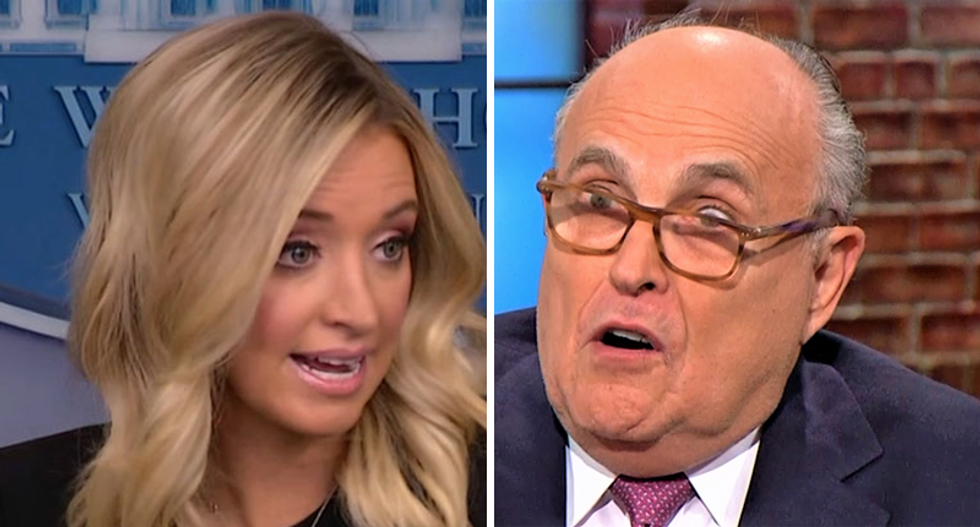 "President Donald Trump phoned Rudy Giuliani from his hospital bed Saturday afternoon to declare he feels so healthy, 'I could get out of here right now.' The former Big Apple mayor said his friend of 30 years sounded hale and hearty during the 2:30 p.m. conversation," NY Post reports.

"I feel I could get out of here right now. But they’re telling me there can always be a backstep with this disease. But I feel I could go out and do a rally," Trump said.

"I am the president of the United States. I can’t lock myself in a room. … I had to confront [the virus] so the American people stopped being afraid of it so we could deal with it responsibly," he argued.

“I’m going to beat this," Trump predicted. “Then I will be able to show people we can deal with this disease responsibly, but we shouldn’t be afraid of it."

If I’m reading this correctly Trump told Giuliani that he needed to contract coronavirus in order to defeat it: “I… https://t.co/rlKJ2TvFzz
— Ryan Lizza (@Ryan Lizza) 1601761555.0