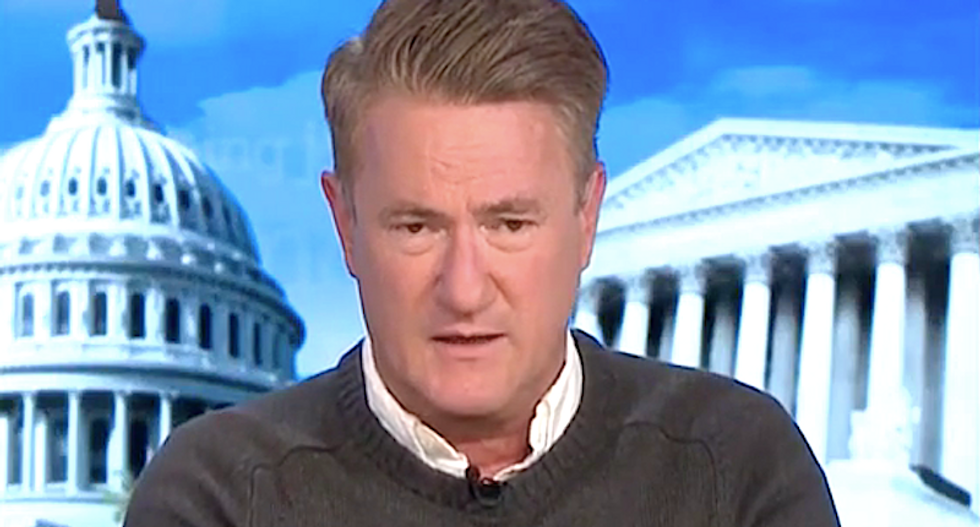 President Donald Trump claimed ownership for ending negotiations on a stimulus bill, and MSNBC's Joe Scarborough said that proves he's a danger to himself, his party and his country.

The "Morning Joe" host has been warning about the president's mental state for years, but he said the medications he's taking for a coronavirus infection had addled his brain even further.

"We've talked about for some time now this president has, for whatever reason, consistently put himself on the 30-percent side of issues that are 70/30 issues," Scarborough said, "and you could go down the list in 2020, but he's done it time and again. I would guess this is likely a 90/10 issue that if the Fed chairman and the markets are saying that we desperately need some stimulus going into the new year because 2021 is going to be devastating."

"For a president to unilaterally kill the bill and then take credit for it is like something I've never seen in politics," he continued. "Usually what would happen is cynically presidents would kill a bill, but then figure out a way to suddenly blame the other side, and they would do that to try to protect people in their own party, to try to protect the Martha McSallys, Cory Gardners, the Susan Collins, the Steve Daines -- did not even do that. So people in Montana now know that Steve Daines supports a president that has killed any stimulus checks to help the people of Montana through their crises."

"Spread that to Maine, same thing happening," Scarborough added. "Susan Collins president that she has supported time and time again has cut off checks that could help the hard-working people of Maine, and do that around the country. It's just absolutely illogical and suggests that the president is, right now, not only a detriment to his party, but also a danger, in fact, if, in fact, he is impacted by the drugs he's on and the fact that he probably still has COVID, that he's even more unstable and unmoored than he is in the best of circumstances."