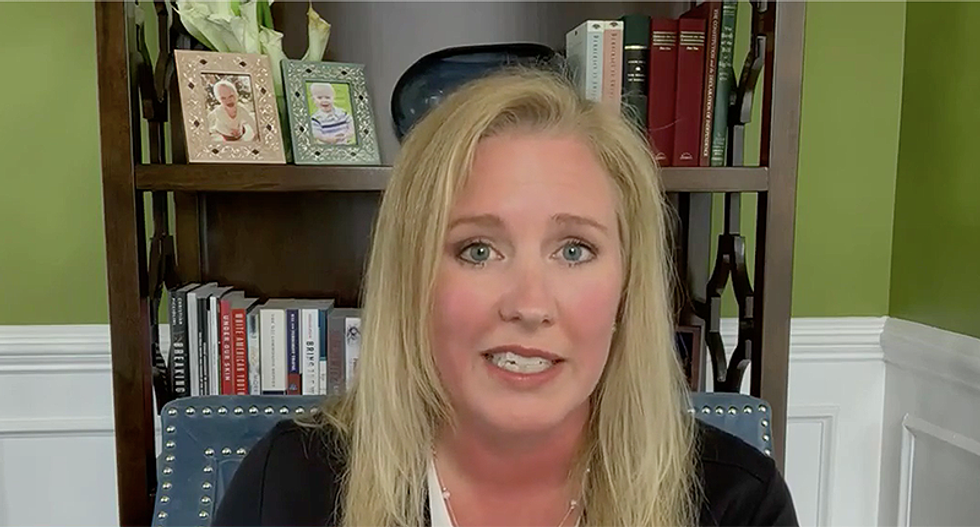 Former Homeland Security official Elizabeth Neumann notoriously resigned from her position after she witnessed political decisions being made about the COVID-19 pandemic over scientific ones.

After the announcement that former official Miles Taylor was the "Anonymous" author behind the New York Times op-ed and the book attacking President Donald Trump, Neumann said she wasn't aware that "Anonymous" was Taylor. However, she said that the one thing they both have in common is their mutual focus on "the truth" that she said the American people deserve to know.

Like Taylor, Neumann explained that the "adults" in the White House are largely gone and that there are few left willing to stand up to Trump.

"It's really hard to lump everybody into one category. It very much depends on the topic that you are responsible for working, the agency that you are working," said Neumann explaining the reason some haven't spoken out. "I have no doubt that there are any number of people that are working on important defense, intelligence, law enforcement related things that are keeping us safe today, and I'm glad they're still there, and if they spoke out, they would have to leave. So, I'm thankful that we do have servants that are willing to say, 'I know that my reputation's going to be damaged on the other side of this administration, but for the sake of our country, I'm here trying to keep people safe.'"

There's another category of people, she said. Those have no reason to stay and they should be more willing to tell Americans about what they've seen than staying in Trump's administration and talking to reporters anonymously.

"You know, the second term here is what has all of us so nervous -- this president is about his ego," she continued. "It is about his money, and he will have no constraints on the other side of this election. So, all of those -- and I'll appeal to Christians and conservatives who think that they're voting for him for policy's sake. He will not implement those policies that you think he is going to give you. He has no reason to. He is not going to be loyal to you. He's going to be loyal to himself and do what he thinks is best."

She said that for that reason Christians like her should look at his character, which she said he doesn't have.