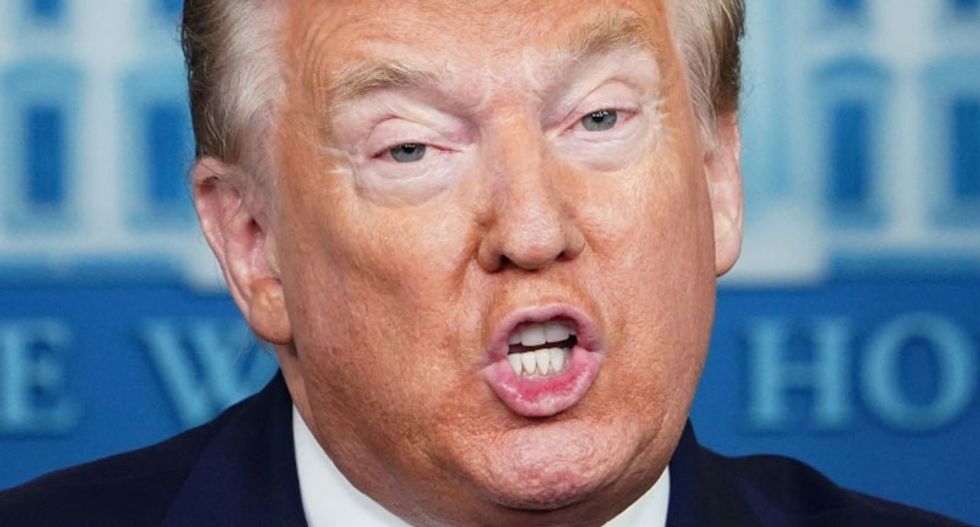 President Donald Trump announced late last month that he had authorized sending $200 cards out to Medicare beneficiaries that they could use to pay for prescription drugs.

However, Politico is reporting that the plan may not deliver the political jolt the president is hoping for because many seniors won't even receive the cards until after the 2020 presidential election.

Additionally, Politico's sources say that health officials are "scrambling" to finalize a plan to get the cards into seniors' hands, as they were caught off guard by Trump's abrupt announcement.

"The administration is seeking to finalize the plan as soon as Friday and send letters to 39 million Medicare beneficiaries next week, informing seniors of Trump's new effort to lower their drug costs, although many seniors would not receive the actual cards until after the election," the publication writes. "The $200 cards -- which would resemble credit cards, would need to be used at pharmacies and could be branded with a reference to Trump himself -- would be paid for by tapping Medicare's trust fund."

Trump had initially tried getting a deal with pharmaceutical companies to lower prescription drug costs, although they balked after the Trump administration insisted that the companies send out the so-called "Trump cards" to Medicare beneficiaries.