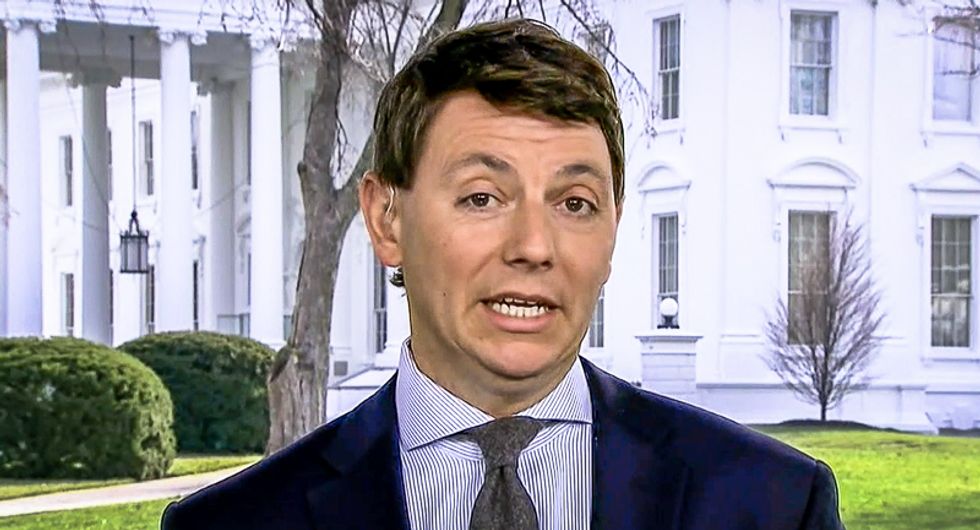 The press secretary of President Donald Trump's re-election campaign assured CNN's Alisyn Camerota that Vice President Mike Pence wasn't in danger from the coronavirus at an upcoming rally -- but that's not what he was asked.

The CNN anchor asked Hogan Gidley whether the campaign was concerned about the pandemic's spread at multiple rallies held by the president and vice president in Wisconsin, which is setting daily records for new cases.

"Hospitals in Wisconsin are near capacity," Camerota said. "Does that give you any pause about going there and holding a big rally?"

Gidley, who previously served as the deputy White House press secretary, said it did not.

“No, it doesn’t," Gidley said. "The vice president has the best doctors in the world around him. They've obviously contract traced and have come to the conclusion that it's fine for him to be out on the campaign trail. The American people have the right under the First Amendment to peaceably assemble, too. The fact is, we're seeing some good news about coronavirus."

Social media users were shocked by the lack of concern for the thousands who might pack into those rallies, which have not typically displayed much social distancing or mask wearing.

@BrianKarem It doesn't even OCCUR to Gidley that she's referring to putting the residents at risk. JHC
— Laura Winig (@Laura Winig) 1603897886.0

@therecount @AlisynCamerota Actual psychopathy right there -- doesn't occur to him that the rally attendees even ex… https://t.co/lUufovvuQu
— Felina (@Felina) 1603890066.0

@therecount @ryangrim @AlisynCamerota Perfectly encapsulates the malevolence of modern conservatism. Not even capab… https://t.co/1s8XPT2WOW
— The Arm (@The Arm) 1603894340.0

Hogan Gidley has all the sensitivity you expect from a man named Hogan Gidley https://t.co/BZYEyrkPvl
— Hermagoras (@Hermagoras) 1603897640.0