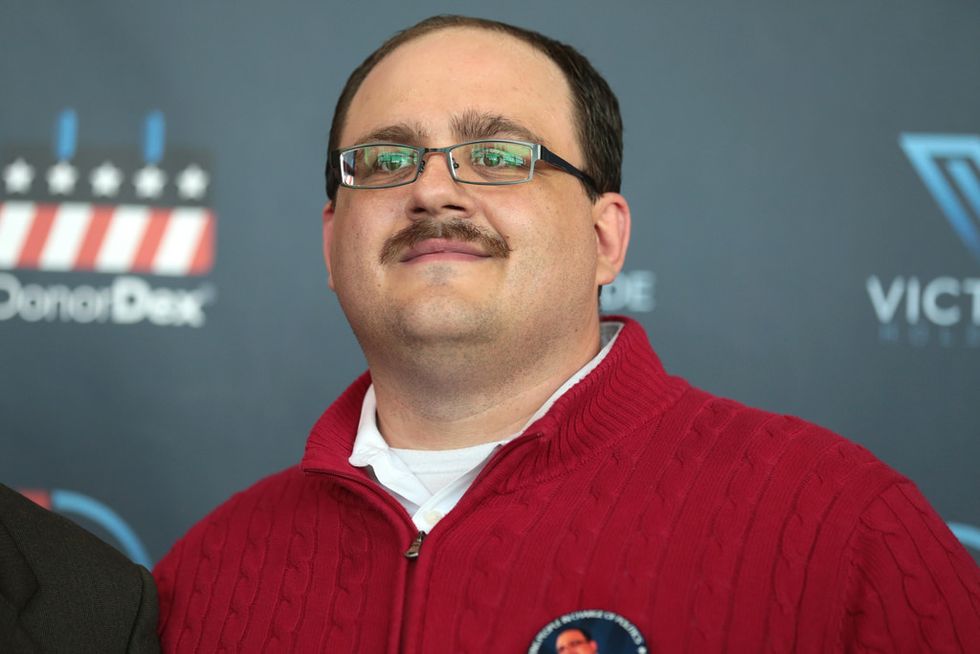 The St. Louis-area man took part in a town hall debate between Donald Trump and Hillary Clinton on Oct. 9, 2016, where he gained notice as the "Red Sweater Guy" after asking the candidates about their energy policies, and Bone told Newsweek he's still undecided four years later.

"To be perfectly honest, I'd say I'm uncommitted again," Bone said. "Very, very few people in either of these election cycles were truly undecided. They're uncommitted, which means that you don't really have a positive opinion of either candidate."

Bone admits he's surprised Trump won, and remains undecided although he's not all that impressed with his first term.

"Hit and miss with a lot more misses than hits," Bone said. "What Trump is really a master at is manipulating people via the media. It's crazy how he gets us all to pay attention to what's in his right hand while he's doing his sleight of hand with the other."