White House has no credibility left now that Trump is infected with COVID: ex-press secretary 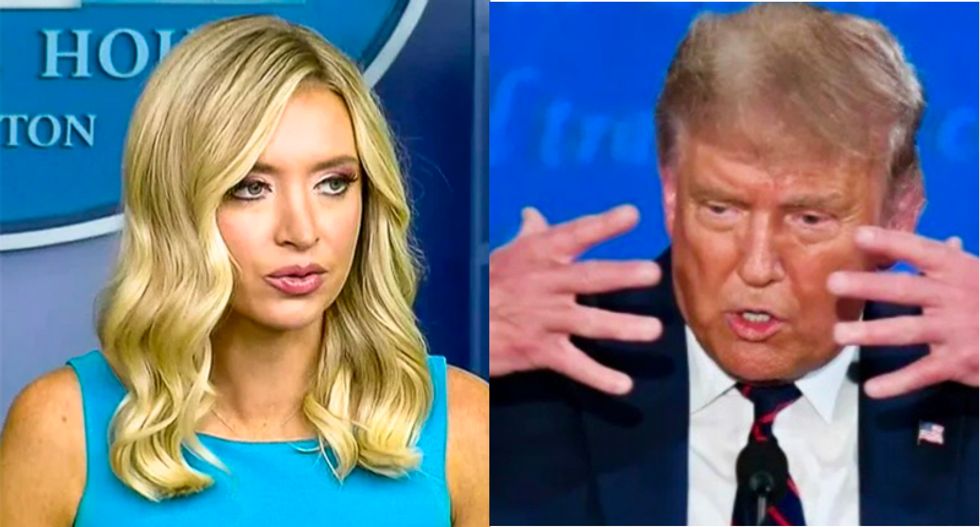 Appearing on CNN on Friday morning former Former Bill Clinton press secretary Joe Lockhart said the public should be very skeptical about anything coming out of the White House regarding Donald Trump's bout with COVID-19 symptoms, saying the president and his current press secretary, Kayleigh McEnany have already forfeited America's trust.

Speaking with "New Day" hosts John Berman and Erica Hill, Lockhart was asked what the White House should do now that they are faced with a serious in-house health crisis that has spooked the country and America's allies.

"I heard it when I turned on "New Day" this morning at, you know, about 6:30 this morning. I had not been watching anything overnight, " Lockhart began. "My gut reaction was this is really gut-check time at the White House particularly in their communications department. They have roughly six to eight hours to change the way they have done things, really come clean with the American public and put out the straight story in a way that they haven't done before -- acknowledge their mistakes because you know, again, you lie about the small things, then it means you'll lie about the large things."

"There's a huge credibility gap and the only way to close that is to up-front to acknowledge what you have done wrong," he continued. "And clearly, they have known about this longer than the public knew about it and, you know, they did not come forward and this only broke because a reporter got it. They have to change that and they have a very short window.

Pressed for how the White House should clear the air, Lockhart said the public has no trust in the president or McEnany's words.

"This initially can't really come from the press secretary or the president -- they don't have credibility on this," he suggested. "They need trusted voices now speaking for them. Dr. [Anthony] Fauci, for example, is the most trusted voice in America right now on the coronavirus. He needs to be front and center and to tell people here's what happened, acknowledge whatever mistakes that were made and talk about how they're going to do better going forward."