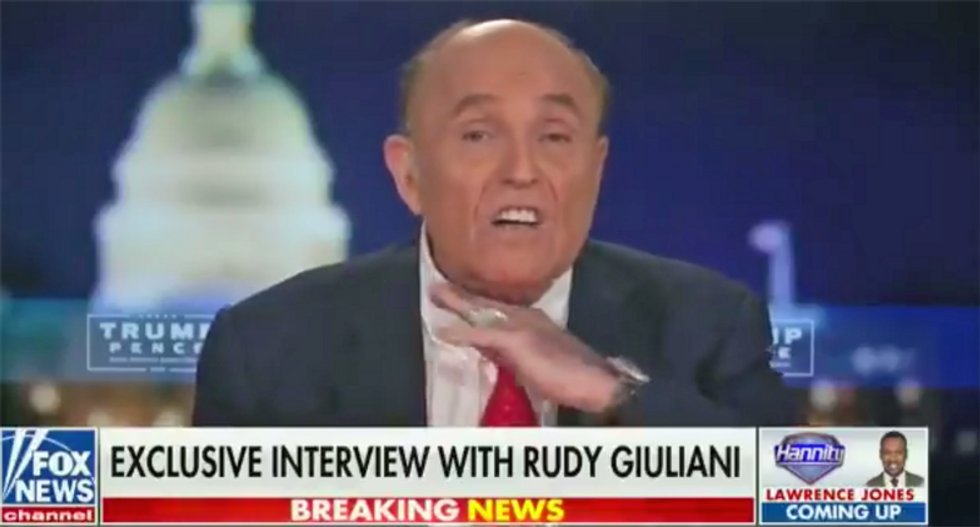 President Donald Trump's top post-election lawyer made a throat-slashing gesture on Fox News while whining about Democrats on Fox News on Thursday evening.

"They're very, very bad people. They're not ordinary Democrats -- there are wonderful Democrats in the country, they may disagree with you or me, you know them," Rudy Giuliani told Sean Hannity on Thursday.

"Somehow the Democrat (sic) Party was hijacked by Clinton," Giuliani claimed, without saying whether he was referring to Bill or Hillary Clinton -- both of whom attended Trump's third wedding to Melania.

"I wish you the best," Hannity interjected, apparently trying to cut Giuliani off.

"Somebody's got to cut the head off," Giuliani said while making a throat-slashing gesture.