Administration officials already weary of Trump’s election challenge: ‘Everyone has to fake it’ 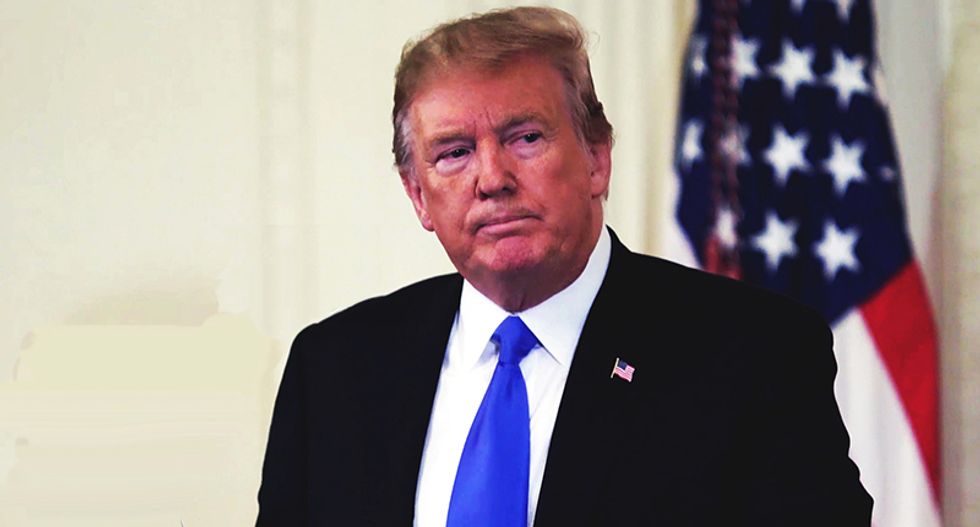 Writing in the Daily Beast this Thursday, Asawin Suebsaeng and Sam Stein contend that in the wake of his loss to Joe Biden in the 2020 election, President Donald Trump has embraced "the very bunkered existence that he spent months accusing Joe Biden of living."

"Trump hasn’t taken questions in weeks. He’s barely appeared in public," they write. "When he has, it’s been so brief and odd-sounding as to raise questions about the point of it all. He claims to be fighting for the future of democracy. But the most tangible activity in which he’s engaged has been golf."

Speaking to the Daily Beast, a senior administration official said that when it comes to Trump's crusade to overturn the election's results, his administration needs to be on board whether they agree with him or not.

“Trump wants this to continue,” the official said. “[Basically] everyone else has to fake it.”

Suebsaeng and Stein wonder if Rudy Giuliani sometimes questions what would be if life had handed him a different script, other than being a mouthpiece for Trump's conspiracies and "spending the day before Thanksgiving literally anywhere else than a hotel conference room with mostly maskless fellow conspiracists and a number of no-name state lawmakers who seemed delighted to hear the president over a cell phone."

"In a way, it is a fitting chapter to his marriage with Trump, which has been forged through years of scandal, saga, and political high-wire acts."

Read the full piece over at The Daily Beast.