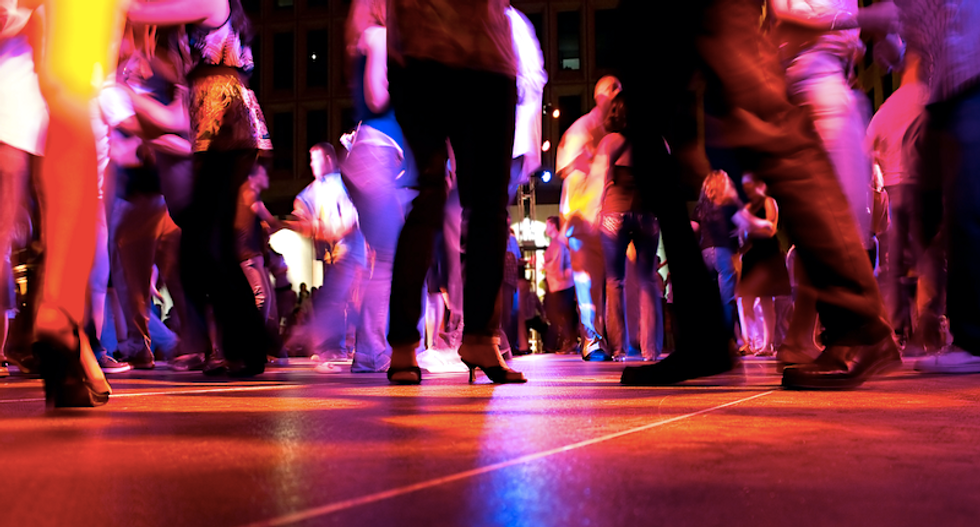 After a Georgia high school canceled this year's homecoming dance, as schools did nationwide due to the coronavirus, some parents decided to host one themselves.

Social media posts show hundreds of students from Ola High School gathered together Nov. 14 to dance and sing as the pandemic was setting daily records for new cases, but some organizers told The Daily Beast they had no regrets in hosting the mass gathering.

“It’s my daughter’s senior year, so I hosted a dance -- it was terrific,” one parent, Beth Knight, told website over Facebook messenger. “We sold over 300 tickets, but only about 250 kids actually showed up because they were warned by teachers and coaches that they should not attend because of the virus. The kids who came had fun.”

Photos from the event show none of the attendees wearing masks, but Knight said she had no concerns about the dance seeding an outbreak of COVID-19 in McDonough, about 35 miles south of Atlanta.

“It seems the liberals and the Democrats want to keep the virus agenda front and center,” Knight said. “The conservatives, on the other hand, are ready to embrace freedom again. This whole virus 'plandemic scamdemic' has totally ruined 2020. The media [is] paralyzing people with fear so they will do mail-in ballots to rig an election. They succeeded in election fraud. The election is over. People need to stop bowing down to the virus. Forcing people to wear masks is a crime.”

No credible evidence of election fraud has emerged, despite President Donald Trump's legal challenges, and Knight -- whose Facebook page is awash with claims like "making kids wear masks is child abuse" and Dr. Anthony Fauci "should be in prison" -- declined to list any COVID-19 precautions taken by organizers.

“The dance was nine days ago,” Knight said. “I have not heard of anyone testing positive who attended the dance. Kids need to have some normalcy to help with anxiety and depression. Don’t you agree?”

JD Hardin, executive director of communications at Henry County School District, confirmed that school officials did not sanction the event but knew about it, but he would not clarify whether they were aware before the dance was held.

Hardin said one student reported an infection the week of Nov. 9-13 and another for the week of Nov. 16-20, and Piedmont Henry Hospital, the county's largest, stopped responding to The Daily Beast after learning the topic of the story.

McDonough's mayor did not respond to multiple requests for comment.

Henry County has reported 8,262 cases, including 609 in the past two weeks, and 133 deaths during the pandemic -- but some students told The Daily Beast that teens from nearby schools have asked for help organizing "winter balls" in the weeks ahead.

“We all deserved a dance,” said one senior who spoke to the website. “We’ve been trying to help them.”