BUSTED: Border Patrol caught illegally profiling Spanish speakers in Montana because ‘nobody really has much to do’ 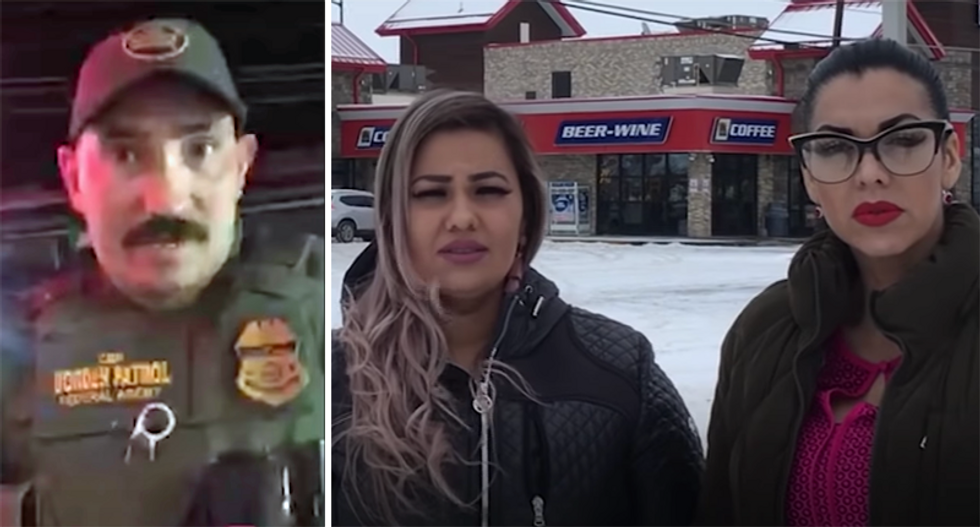 The Department of Homeland Security will be paying monetary damages after a shocking case of systemic racism in Montana.

Ana Suda and Martha “Mimi” Hernandez were detained by U.S. Customs and Border Protection for speaking Spanish at a Town Pump gas station in Havre, Montana.

The two U.S. citizens caught the interaction on tape and it was such a scandal it became national news.

On Tuesday, the American Civil Liberties Union announced that a settlement had been reached.

"Suda and Hernandez were simply standing in line waiting to pay for groceries when CBP Agent Paul O’Neill approached them, commented on Hernandez’s accent, and asked where the women were born. They responded Texas and California, respectively. The agent then ordered them to show identification, and they immediately presented their valid Montana driver’s licenses," the ACLU explained.

"There was no reason to believe that either woman had violated any law, but O’Neill still detained them in the parking lot. They began filming him, asking him why he targeted them. He said it was because they were 'speaking Spanish in the store in a state where it’s predominantly English speaking.' O’Neill offered no other justification for detaining and interrogating them," the ACLU noted.

Havre, a town of less than 10,000 people, has seen a dramatic increase in Border Patrol staffing in the last two decades.

"Agents from the local administrative CBP unit — known as the 'Havre Sector' — have repeatedly targeted Latinx individuals without justification, often based on their race. One such incident led to a published Ninth Circuit opinion holding that CBP agents illegally detained a group of men in Havre in 2006," the ACLU explained.

A Border Patrol supervisor offered a shocking defense for the misconduct.

“We have a lot of agents here and nobody really has much to do," the supervisor acknowledged.

"Evidence uncovered in the suit also revealed that O’Neill was a member of the now defunct 'I’m 10-15' Facebook group where CBP agents joked about the deaths of migrants, discussed throwing burritos at Latino members of Congress visiting a detention facility in Texas, and posted a vulgar illustration depicting U.S. Rep. Alexandria Ocasio-Cortez engaged in oral sex with a detained migrant," the ACLU noted.

Both women left Havre over fears for their safety.