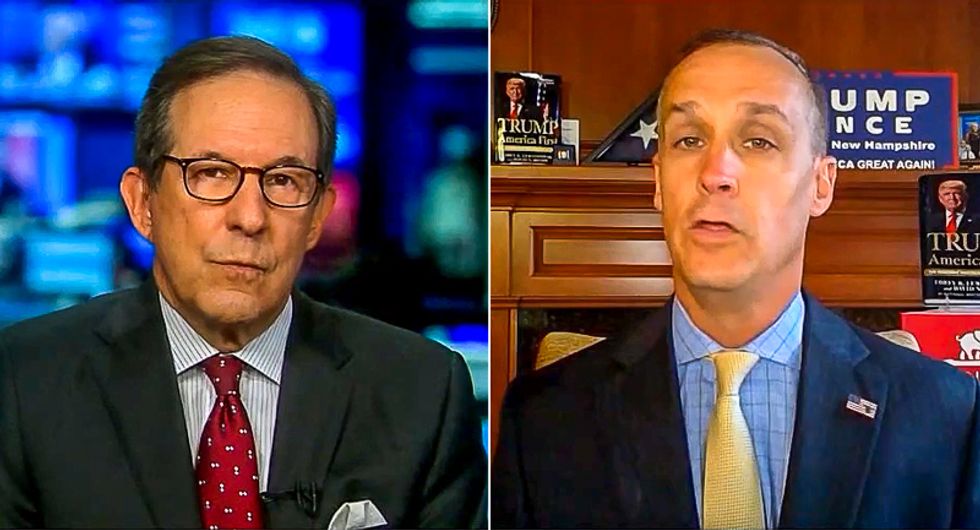 At a campaign rally in Wisconsin last week, Trump suggested that doctors are inflating deaths related to COVID-19 to profit from the pandemic.

"What is the president's evidence that doctors, many of whom are risking their lives treating these patients, are in fact lining their pockets by inflating the number of COVID deaths?" Wallace asked.

"You know, Chris, I haven't seen that evidence," Lewandowski admitted. "But we have seen on multiple occasions people who claimed they have died from COVID-19 and that wasn't the case."

Wallace pointed to "a number of studies that the number of people that are actually dying from COVID is greatly undercounted."

"Does the president stand by his accusation that doctors are profiteering off this virus?" Wallace wondered.

"You know, Chris, I haven't spoken to the president about this directly so I couldn't answer that," Lewandowski replied.

"You understand, it's a pretty serious thing to say about the nation's doctors who are on the frontlines?" Wallace noted.

"Look, we have enormous respect for doctors," Lewandowski insisted.