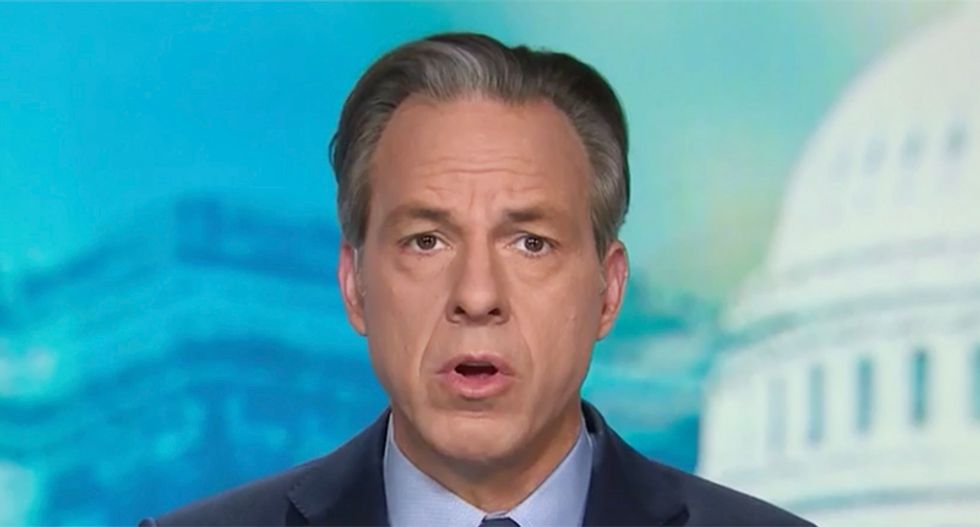 CNN " State of the Union" host Jake Tapper brutally mocked the attempts by lawyers representing Donald Trump in election fraud cases for their flailing performances before judges -- wondering how it will affect their careers in the long run after being publically embarrassed.

In his closing comments, the CNN host detailed legal pleadings made by the president's lawyers and how quickly they were shot down by judges.

All in all, the CNN host said the lawyers were being humiliated trying to make a case for non-existent fraud -- and they likely knew it was going to happen before they entered the courthouse.

"It's been, frankly, embarrassing," Tapper claimed. "No evidence, unprofessional, desperate. Increasingly Trump campaign lawyers seem to realize being involved in fact-free desperation efforts to overturn the results of a free and fair election might not necessarily enhance their resumes."

"On Friday, nine cases from Trump and his allies intended to attack and undo President Biden's victory in key states. Nine cases rejected or dropped -- nine," he continued. "So what now? Well, now the president of the United States is literally embracing a deranged conspiracy theory that millions of votes were changed using software. The problem here, a group of national, state, and private election officials issued a statement Thursday promoted online by the cybersecurity czar at the Department of Homeland Security with this sentence bolded: 'There is no evidence that any voting system deleted or lost votes, changed votes, or was in any way compromised,' unquote."

"The problem with Republican officeholders arguing that President Trump has his right to present his evidence in court is that the president's efforts do not have anything to do with evidence," he added. "They have to do it with hearsay and rumor and insinuations and lies and conspiracy theories. Once these efforts have been rejected by every court, outgoing President Trump will likely continue to make them. How long is the Republican Party going to continue to defer to unhinged mendacious desperation led by the gang that couldn't sue straight?"