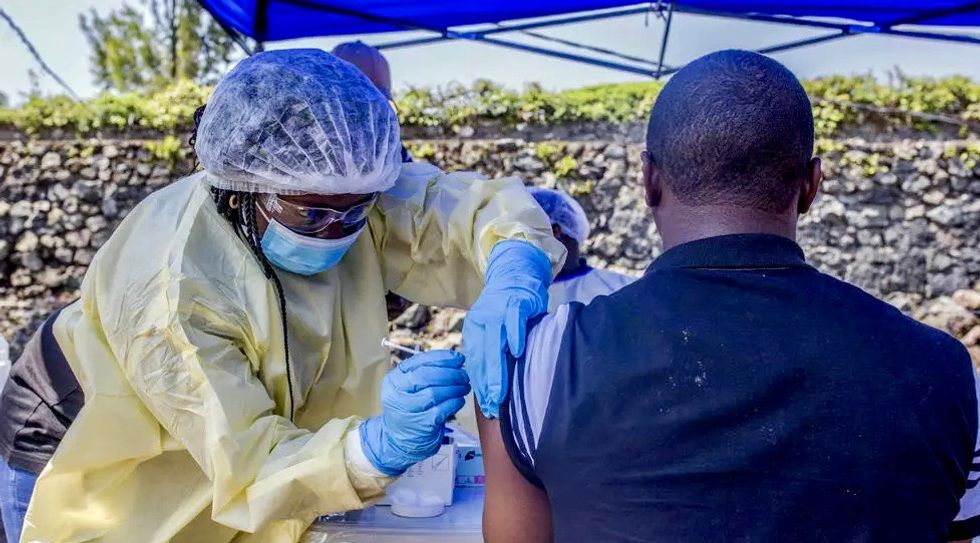 A conservative columnist complained that pausing to ensure coronavirus vaccines worked on demographics that were hardest hit by the pandemic was intolerable "political correctness."

Aerospace engineer Robert Zubrin published a column for National Review reacting to a New York Times report on the rush to develop a vaccine for the potentially deadly and highly contagious coronavirus, and complaining the process hadn't been swift enough.

"This situation was made even worse when Moncef Slaoui, head of the Trump administration’s 'Operation Warp Speed,' contacted Moderna on August 25 and told them they had to pause the final stage of their testing program until they recruited more minority subjects," Zubrin wrote. "This delightful piece of political correctness cost Moderna a month, during which time approximately 40,000 Americans died from coronavirus."

As Twitter user @_Almaqah pointed out Thursday, that "delightful piece of political correctness" was a revision to the trials recommended by Slaoui that ensure the vaccine worked for some of the people who had been most harmed by COVID-19.

"Dr. Slaoui informed Mr. Bancel that Moderna had not recruited enough minority candidates into its vaccine trials," the Times reported. "If it could not prove its vaccine worked well for Black and Hispanic Americans, who have been disproportionately affected by the pandemic, it would not make it over the finish line."

Both Moderna and Pfizer, who were locked in a race to develop a vaccine, ultimately succeeded in their goal and could begin inoculating against COVID-19 by the end of the year.

Black and Hispanic people account for nearly 60 percent of COVID-19 hospitalizations, according to a recent study, despite making up less than 20 percent of the population in the regions covered by the research.