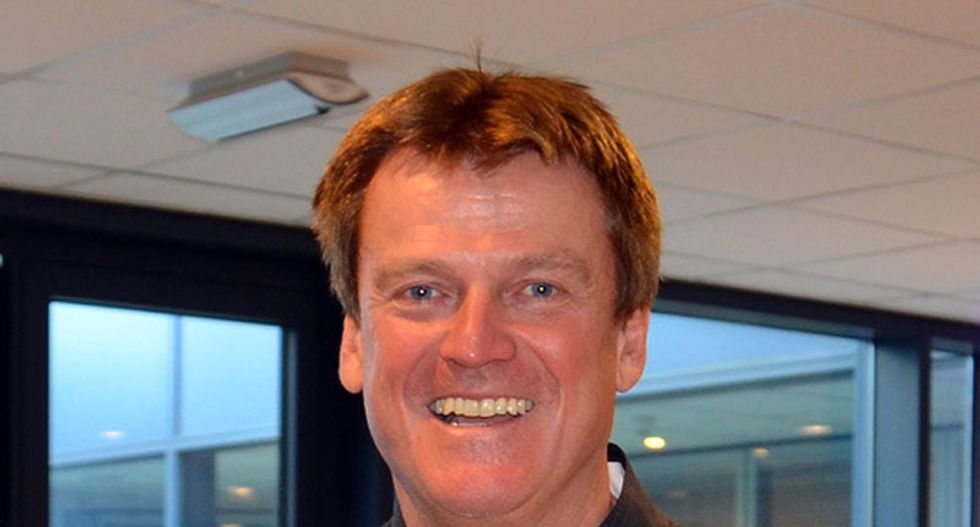 According to a report from the Daily Beast, the former CEO of Overstock.com is conducting a media blitz saying he is backing a group of hackers and what he called an "army of various odd people" who he states will be able to prove that President-elect Joe Biden stole the 2020 presidential election from Donald Trump.

The report notes that Patrick Byrne left his former company under a cloud after promoting wild conspiracy theories and saying the FBI encouraged him to date an accused Russian spy who was taken into custody.

According to the report, Byrne is once again thrusting himself into the limelight with accusations of voter fraud and claiming he is backing an "army" who will blow the lid off the results of 2020 presidential election.

“I’ve funded a team of hackers and cybersleuths, other people with odd skills,” Byrne claimed in an interview on the equally-conspiracy-minded OAN this past week.

According to the report, Byrne has become a hero among fans of the president, with the Beast reporting, "As Trump’s chances of securing a second term dwindle down to nothing, Byrne has launched a media tour to promote his mysterious hacker team, appearing from an 'undisclosed location' on OAN, Newsmax, and a series of far-fringe YouTube shows associated with the QAnon conspiracy theory movement. On Friday, a guest host on the popular Rush Limbaugh talk radio show praised Byrne’s allegations about voter fraud and proposed inviting Byrne on the show."

In a Nov. 23 appearance on a podcast with a QAnon promoter who calls himself "InTheMatrixxx," Byrne explained, "I’m a free agent, and I’m self-funded, and I’m funding this army of various odd people. It’s really going to make a great movie someday.”

Pressed to explain what exactly he has uncovered, Byrne referred the Beast to his blog, with the report stating: "But the 40,000-word explanation on Byrne’s website focuses on his long-running feud with Wall Street short-sellers, and Byrne’s conversations with a mysterious financial whistleblower called the 'Easter Bunny,' rather than on any election investigations team."

The report notes that Byrne has so far ignored follow-up questions about his endeavors, before pointing out: "Byrne’s habit of making oddball claims made headlines in 2019, when he was still the CEO of Overstock. Using company letterhead, Byrne issued a statement claiming that 'Men in Black' figures in the federal government had urged him to romance Russian agent Maria Butina, who was at the time allegedly trying to infiltrate conservative circles as a gun rights activist. Overstock’s share price plunged, and Byrne eventually resigned after Overstock’s insurer refused to insure the company with Byrne at the helm."