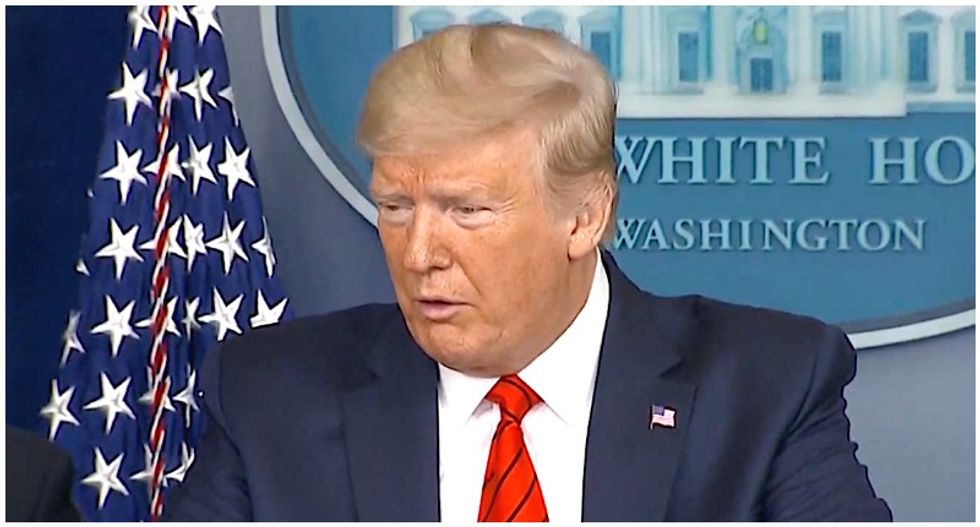 On Thursday, following President Donald Trump's press conference in which he attacked the vote counting process, the Detroit Free Press hit back on the president's false claims about ballots in Michigan.

"Trump lied and said he won the election in Michigan," reported Dave Boucher. "He did not, according to unofficial vote totals showing Democratic presidential candidate Joe Biden with about 150,000 more votes than the president in the state."

"He also said Detroit wasn't a city known for election integrity, and repeated a series of inaccurate and misleading statements about vote counting efforts in the city," said the report. "The allegations mirror those included in conspiracy theories circulating on the internet, repeatedly debunked by the Free Press and others throughout the day: batches of unaccounted for ballots showing up late, poll observers being denied access to watch ballots be counted and poll workers 'duplicating ballots.'"

Michigan was President Donald Trump's narrowest state in 2016. News outlets have called it flipping back to Biden, helping to reassemble the so-called "Blue Wall" of votes in the Midwest that shores up Democrats.