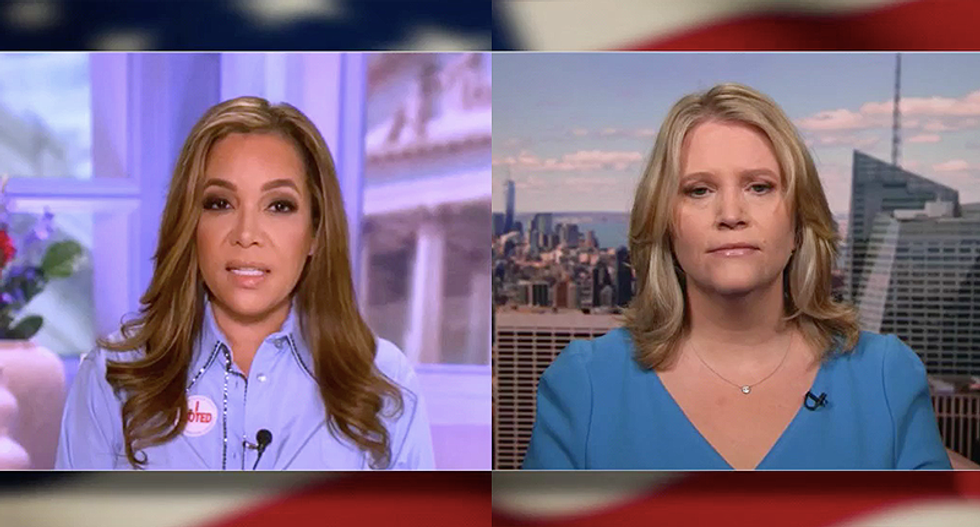 James Carville, a former political aide to President Bill Clinton, told people this week that he thinks the election will be called by 10 p.m. Tuesday night. He cited North Carolina as a make-or-break for President Donald Trump. It's a sentiment that former aide to President George W. Bush also shared.

Appearing on "The View" to discuss her predictions, Sara Fagan, who now serves as an ABC News commentator, explained that North Carolina will determine where the rest of the country could go.

"When I look at model data from the parties in terms of who turned out, I see that as an incredibly close race," said Fagan. "Donald Trump, I don't think, can be elected without carrying North Carolina. I don't think Republicans can hold the Senate if they don't carry Thom Tillis. So, when you think about politics globally, either having a party fully in control or having a break on -- having a break on Donald Trump if you're a Democrat or Joe Biden if you're from the opposite, that matters. We could potentially learn very early tonight, you know, how this is all going to come down."

North Carolina has danced on the line of going red or blue over the past several decades, but in an election with record-breaking turnout, it could be enough to put both Biden and Democratic senate candidate Cal Cunningham over the finish line. Given the conservative tendencies of the state, if North Carolina goes for Biden, chances are other similarly conservative states could follow like Ohio, Georgia or Arizona.

If Trump loses North Carolina, it would mean he'd have to make it up with other states like Pennsylvania, Arizona or Colorado.

The View SmartNews Video
Report typos and corrections to: corrections@rawstory.com.
Like this article ? Text `Support` to 50123 to donate.
READ COMMENTS - JOIN THE DISCUSSION