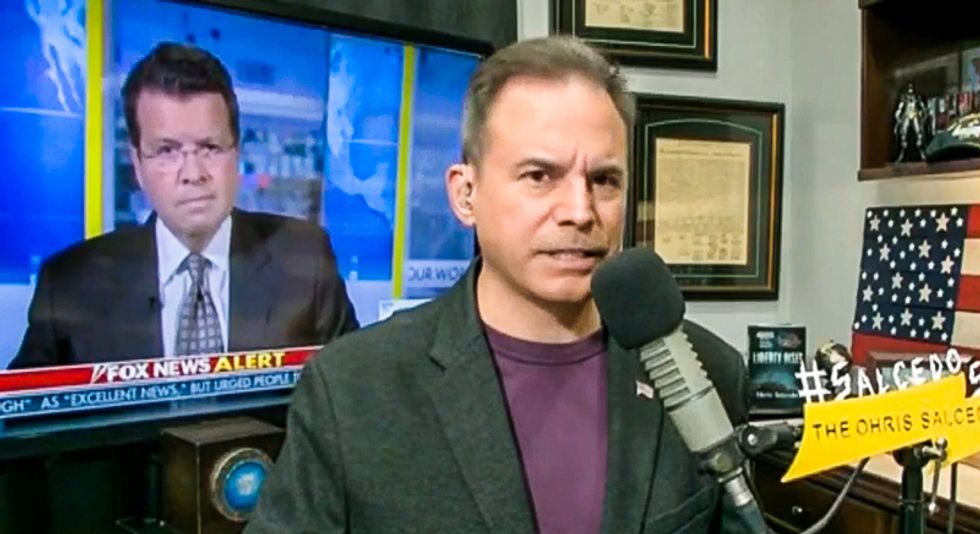 On Tuesday, Axios reported on the growing tension at Fox News as the right-wing channel Newsmax moves to pull away its audience by beating Fox at its own game.

"Fox News, for years, has been criticized for polarizing coverage. Now, there’s a race unfolding among several conservative outlets who don’t think Fox is pro-Trump enough," reported Sara Fischer and Mike Allen. "TV ratings for Newsmax have surged — marquee host Greg Kelly has recently drawn as many as 1 million viewers a night — as President Trump continues to urge followers to abandon Fox News."

Newsmax is also dominating the online space too, said the report, as "Last week, Newsmax overtook Breitbart to become the most visited right-leaning news site."

Newsmax founder Chris Ruddy credits much of the shift to Fox's decision to call Arizona for Joe Biden on election night — even though they ultimately turned out to be correct about this, it triggered outrage among their fan base. "It felt like it was an earthquake on election night," said Ruddy in a recent interview. "The walls have been breached." The president himself has even urged his followers to watch the rival network.

Fox News is still holding onto its primetime stars like Tucker Carlson. But the bottom line, said the report, is that "Fox News and other traditional conservative outlets face an identity crisis as they try to establish themselves for a post-Trump Washington."