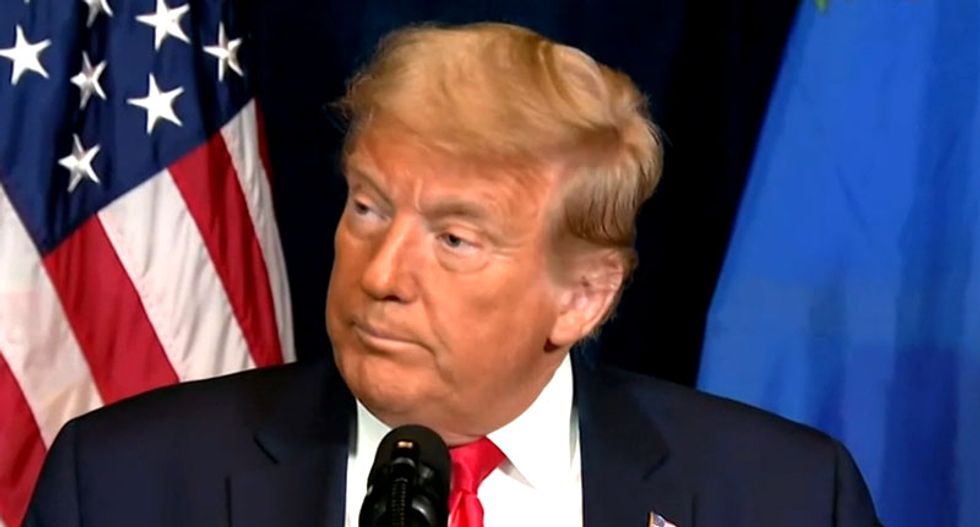 A pair of Fox New legal analysts urged President Donald Trump to shut up about the election supposedly being stolen from him.

The president falsely claimed victory overnight Wednesday and spent the morning complaining about mail-in ballots going to Joe Biden, as expected, and two Fox News commentators argued that would not help Trump in any legal ballots over the election, reported The Daily Beast.

“He’s got to tamp down the rhetoric,” law professor Jonathan Turley told Fox anchor Sandra Smith. “That’s only going to alienate courts, it’s going to inflame people on both sides. He did not win these states last night. These states are still in play. There are ballots that will be counted.”

Turley, a George Washington University law professor who served as a defense witness during Trump's impeachment trial, said the president was undermining his own legal case.

“We all have to take a step back here," Turley said. "We have an interest in counting valid ballots, including ones that have not been counted to date. That’s going to go forward.”

Fox News guest Andrew McCarthy later said he was surprised that Trump's post-election statement had not been "properly lawyered."

"It seemed like they didn’t do that, and I think it was a real mistake not to," said McCarthy, a former assistant U.S. attorney.

McCarthy said the Supreme Court had the authority to decide which cases to take up, and he argued the justices "did not want any part of" that "thermonuclear" case.

"I believe that what the president said last night is going to play into the hands of the faction of the court that would rather say, ‘Let’s sit back and let this play out, and it may turn out that when all the dust settles, maybe we don’t have to make a ruling here.’” McCarthy said.