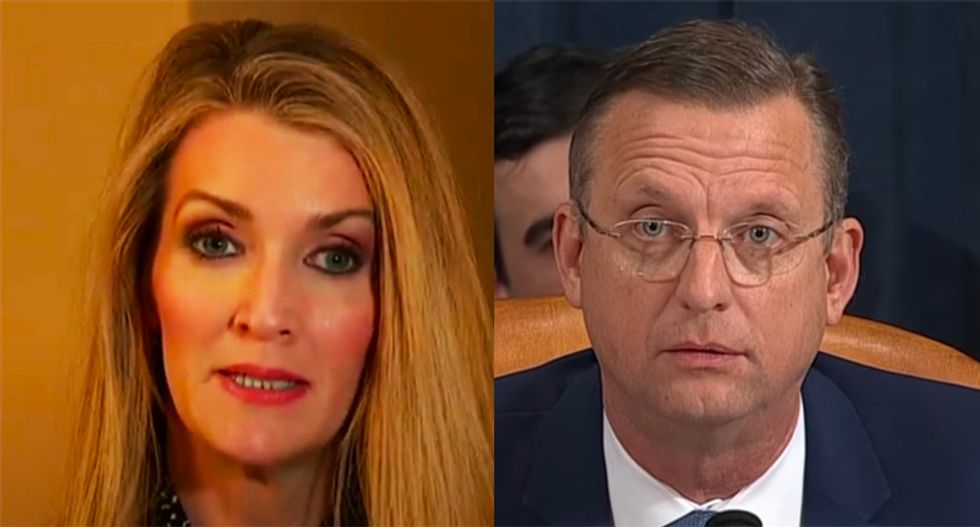 Republicans in Georgia face two crucial Senate runoff elections in January -- but the state's biggest newspaper is reporting that Georgia Republicans are spending much of their time right now fighting amongst themselves.

The Atlanta Journal-Constitution reports that "a full-blown civil war has erupted at a moment when Republicans can least afford it," sparked in part by President Donald Trump's false claims that the state was "stolen" from him in the 2020 election.

The tensions have reportedly only grown since Republican Secretary of State Brad Raffensperger said that a hand recount of all the state's ballots had confirmed that President-elect Joe Biden narrowly defeated Trump in the Peach State.

Karla Jacobs, a conservative writer who is a critic of the president, told the AJC that the current fight will show which Republicans are serious about governing in a constitutional republic.

Allen Peake, a former GOP state legislator from Macon, tells the AJC that Trump's diehard supporters are simply too intimidating for many Georgia Republicans to defy.

"If you are an elected official, and want a future in politics, you have to fear the wrath of Trump," he said. "And to me, that’s not a healthy scenario."

New York attorney general Letitia James released new details about her office's fraud investigation of Trump and his children as she asked a court to force them to testify, and the "Morning Joe" host said he'd seen the former president engage in the behavior described in the court filing in person.

Influential fashion journalist Andre Leon Talley, the first Black creative director of Vogue, died Tuesday in New York at the age of 73, with figures from fashion and entertainment paying tribute.

"It is with great sadness we announce the passing of Andre Leon Talley," a statement posted on his official Instagram account said, without specifying the cause of death.