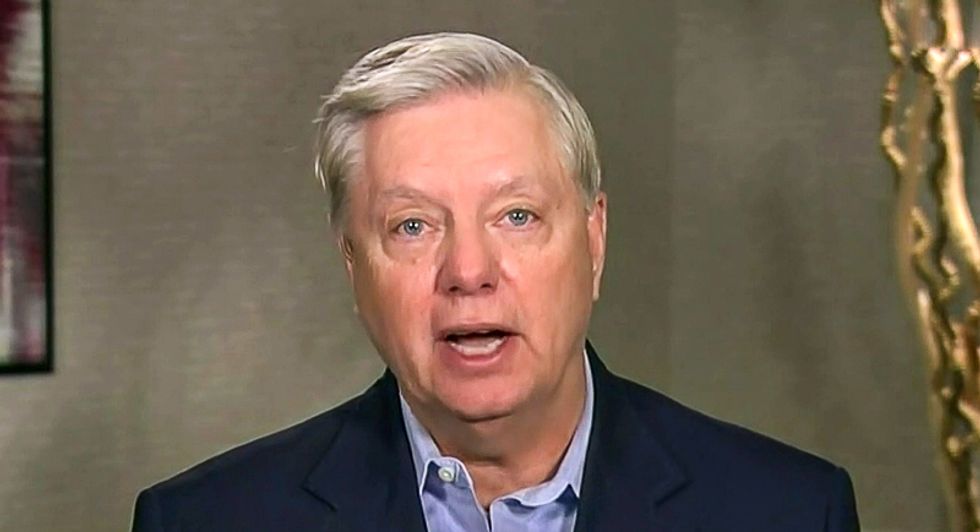 On Monday, The Washington Post reported that Georgia's Republican secretary of state, Brad Raffensperger, revealed in an interview that Sen. Lindsey Graham (R-SC) pressured him to toss thousands of valid ballots — and even suggested blocking entire counties from having their mail-in ballots counted.

"Raffspenger said he was stunned that Graham appeared to suggest that he find a way to toss legally cast ballots," said the report. "Absent court intervention, Raffensperger doesn’t have the power to do what Graham suggested, as counties administer elections in Georgia. 'It sure looked like he was wanting to go down that road,' he said."

Graham's office did not respond to requests for comment, other than to direct them to a letter from Republicans in Georgia criticizing the election process.

President-elect Joe Biden won in part to carrying the state of Georgia by a narrow margin of just over 14,000 votes. The state's two Senate elections are advancing to runoffs which will decide ultimate control of Congress.