Georgia GOP Secretary of State responds to Loeffler and Perdue’s demand he quit: ‘Not going to happen’ 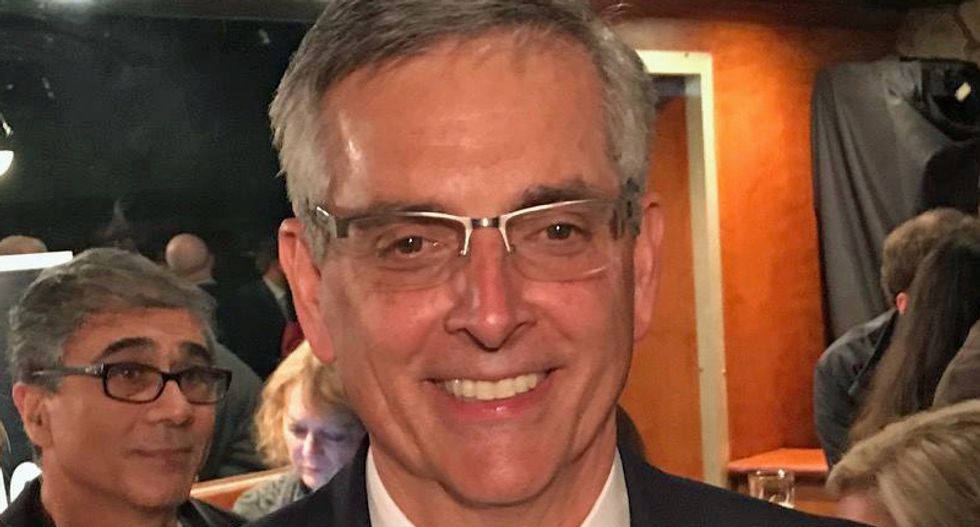 Georgia Secretary of State Brad Raffensperger (R) responded to accusations by Sens. Kelly Loeffler (R-GA) and David Perdue (R-GA) in a joint statement Monday claiming of fraud and a lack of transparency during the vote count.

In their statement, Loeffler and Perdue calld the election an "embarrassment."

“The Secretary of State has failed to deliver honest and transparent elections. He has failed the people of Georgia, and he should step down immediately,” read the statement.

In response, Raffensberger explained there was no chance he would be stepping down.

"Let me start by saying that is not going to happen," he said in the statement."

“Was there illegal voting? I am sure there was. And my office is investigating all of it. Does it rise to the numbers or margin necessary to change the outcome to where President Trump is given Georgia’s electoral votes? That is unlikely," he continued.

"I am the duly elected Secretary of State. One of my duties involves helping to run elections for all Georgia voters. I have taken that oath, and I will execute that duty and follow Georgia law."

He listed off a series of facts, saying that the election was a success with almost 5 million votes cast. He called the process "orderly" and said that everything they have done followed the law. Every report of illegal activity has been investigated.

"We have put a monitor in at Fulton County ... one of our longtime problem Democrat-run counties," he claimed.

"As far as lack of transparency... we were literally putting releases of results up at a minimum hourly (sic). I and my office have been holding daily or twice-daily briefings for the press to walk them through all the numbers. So that particular charge is laughable," he also said.

You can read the story below: