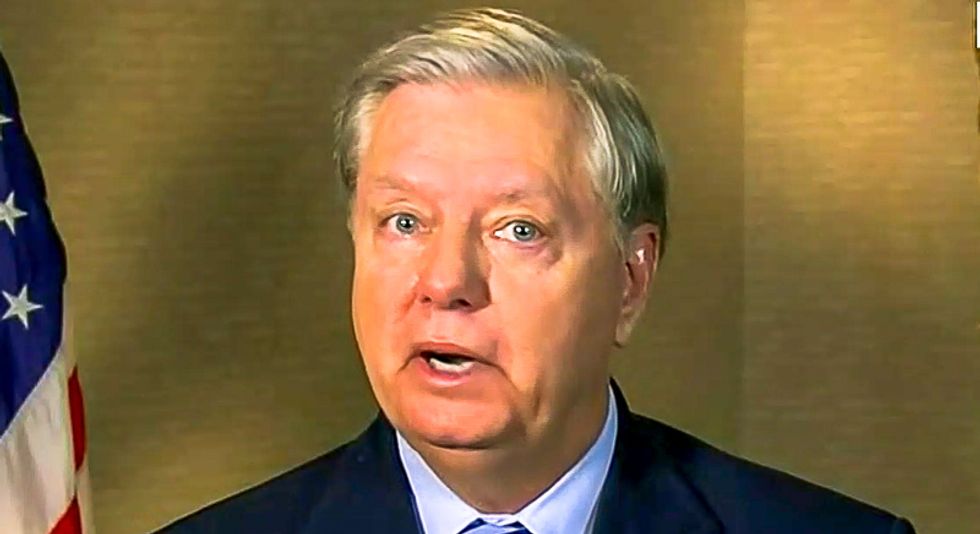 Georgia Secretary of State Brad Raffensperger said that at least two members of his staff witnessed Sen. Lindsey Graham's (R-SC) apparent effort to suppress the counting of legal votes in the state.

Raffensperger has told multiple media outlets that Graham had pushed him to throw out legally cast ballots.

"Sen. Graham implied for us to audit the envelopes and then throw out the ballots for counties who had the highest frequency error of signatures," he explained to CBS on Tuesday.

Graham, however, has denied that he attempted to disqualify the ballots.

“That’s just ridiculous," Graham told reporters this week. "If he feels threatened by that conversation, he’s got a problem. I actually thought it was a good conversation.”

But Raffensperger told The Wall Street Journal that there were witnesses on the call who could contradict Graham.

Mr. Raffensperger said that when he was contacted by Mr. Graham Friday, he thought the senator was calling about the state’s two senate races. After an initial conversation, Mr. Graham called back again and brought up the idea of invalidating absentee ballots from counties with higher rates of signature errors, Mr. Raffensperger said, adding that he had staffers with him on that call.

Mr. Raffensperger and his staffers agreed not to act on any of Mr. Graham’s suggestions, he said. “We have laws in place,” he said.