GOP's Josh Hawley doesn't even live in the state he represents: report 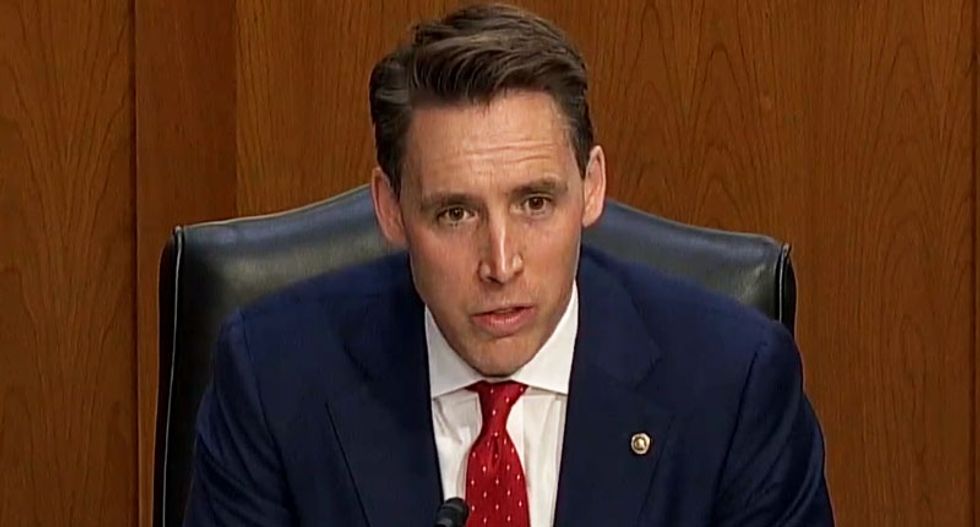 Republican Sen. Josh Hawley doesn't appear to live in the state he represents.

The Missouri Republican frequently rails against "coastal elites," and has even sponsored legislation to redistribute thousands of federal workers from Washington, D.C., to the heartland, but the Kansas City Star reported that he no longer has a home in the state.

Hawley is currently registered to vote at his sister's home in Ozark, but he currently does not own a home in Missouri and instead spends most of his time with his wife and three children at their $1.3 million house in the Northern Virginia suburbs of the nation's capital.

The first-term senator's parents purchased a lot in Christian County, Missouri, in October 2019 and added him to the deed, property records show, but a house on the property is still under construction.

Hawley, who said after he took office last year that he would split his time between Missouri and suburban Washington, used his sister's address to vote in this month's election.

He had lived in Columbia as a professor at the University of Missouri Law School and during his two years as Missouri attorney general, but Hawley and his wife sold their home there in March 2019.

The couple were added as co-owners to his parents' Springfield that same month, but that property was sold in June.

Hawley's office would not say whether the senator was paying his sister rent on her home or say how much time he spent there, and instead his spokeswoman criticized The Star for asking questions about his residency.

“Josh and Erin sold their home in Springfield earlier this year to build a new one in Ozark, Missouri, and are staying down the street with family in Ozark while it’s finished," said spokeswoman Kelli Ford. "We realize Ozark may not be ritzy, but it suits Josh and Erin just fine."

The Democratic group Congressional Integrity Project alleges that Hawley could be violating Missouri's voter registration law, but election law experts say the issue is more of a political problem than a legal violation.

“Residency is where you want to be, not where you are,” said Chuck Hatfield, a Jefferson City election law attorney. “It’s kind of circular. What does it mean to be a resident? It’s not very well-defined and the courts have been pretty darn lenient … I can’t imagine a scenario where Josh is in violation of the state law."